The Osprey and the Crow

Home•The Osprey and the Crow
Previous Next

The Osprey and the Crow

Lots of action at Bolsa Chica Wetlands recently. We watched an osprey return with its catch, only to be bothered by a crow for a period of time. Eventually the crowed realized the osprey was not dropping the fish, and after squawking for his buddies to show up to no avail, the crow left. 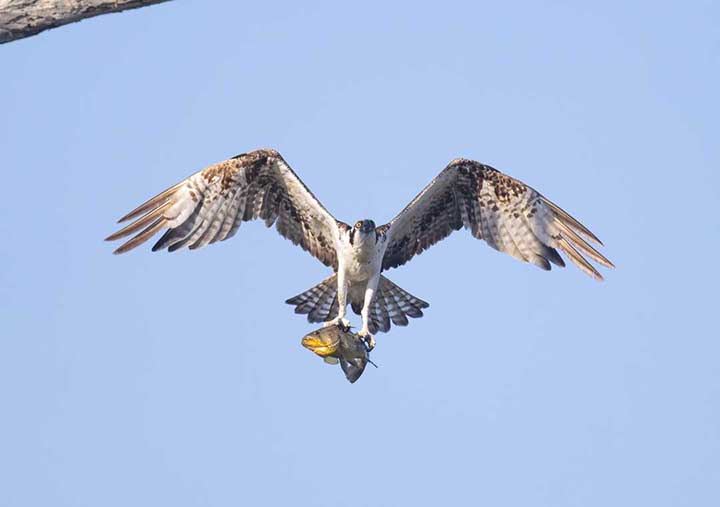 Flying in, with the fish held head-first 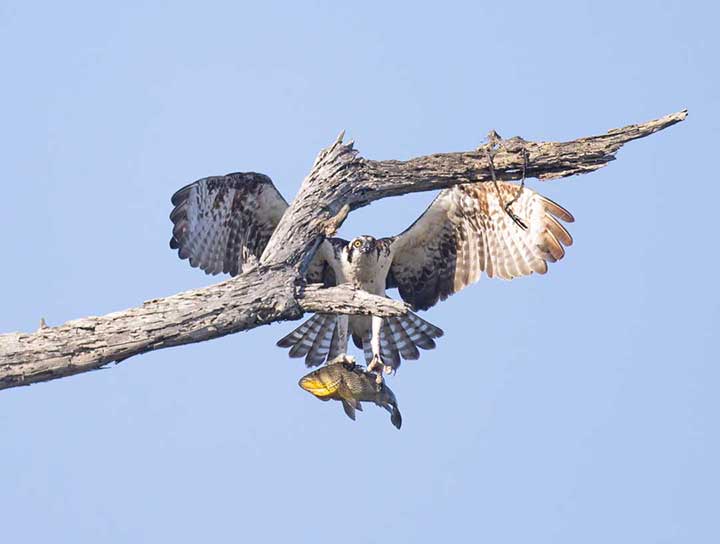 The branch he landed on was one he was accustomed to 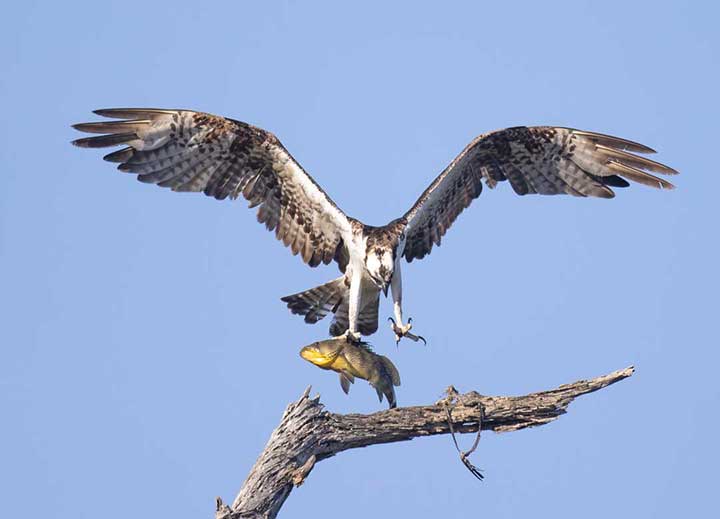 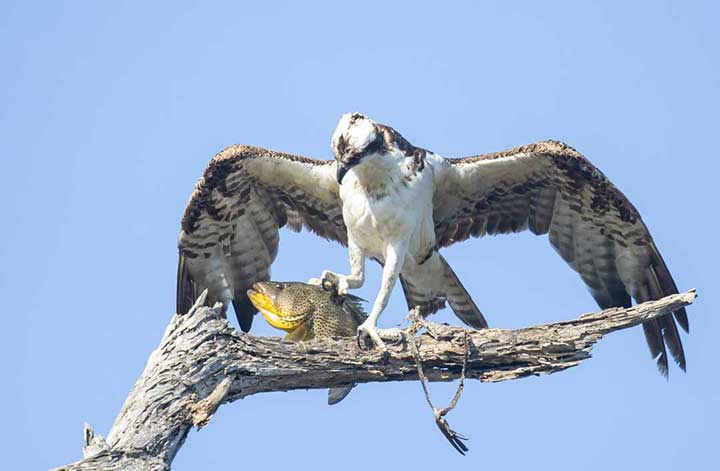 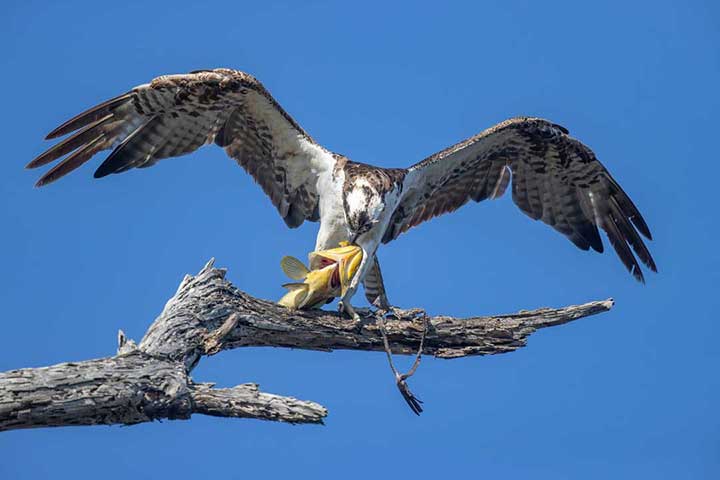 Once he was stable he started in peace, high above the ground 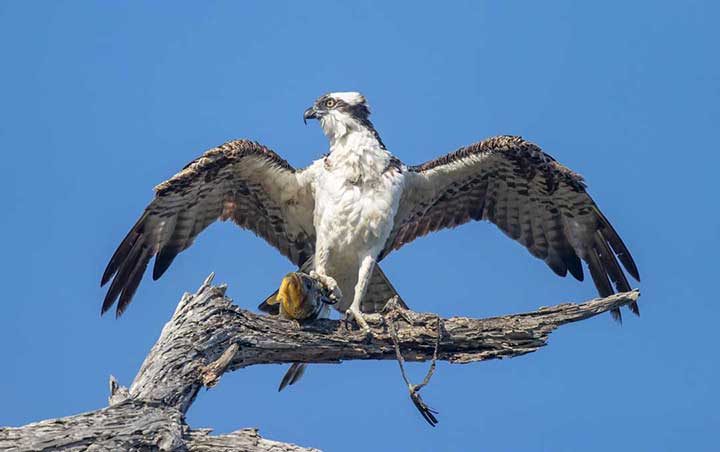 Ever vigilant, he noticed something approach him from the land side 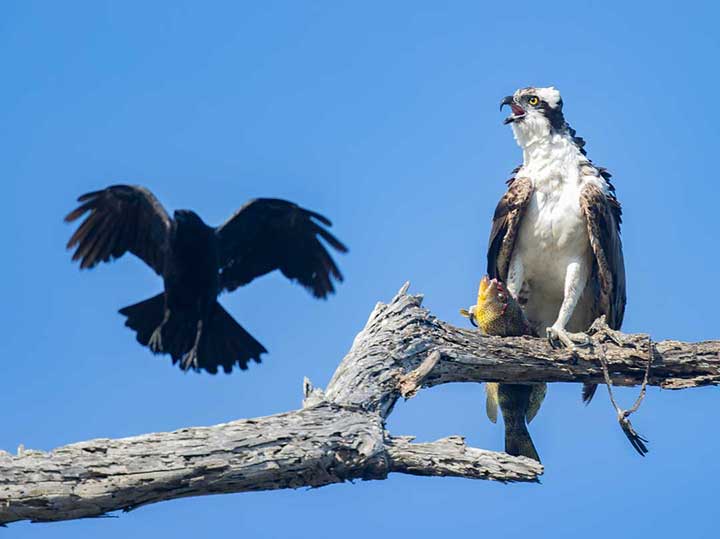 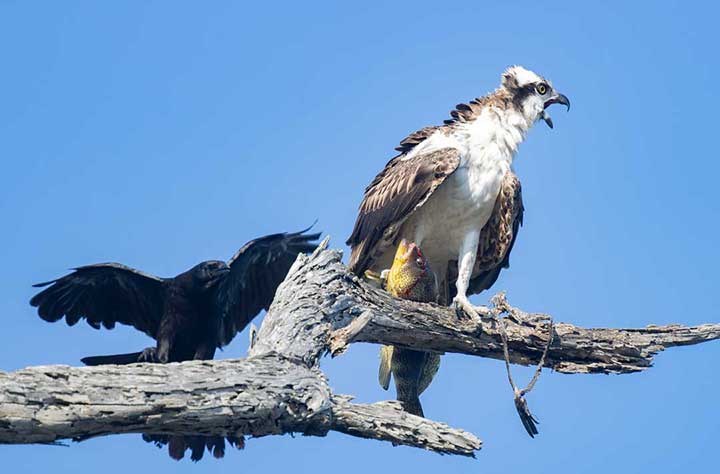 The crow made multiple passes, always flying behind the osprey 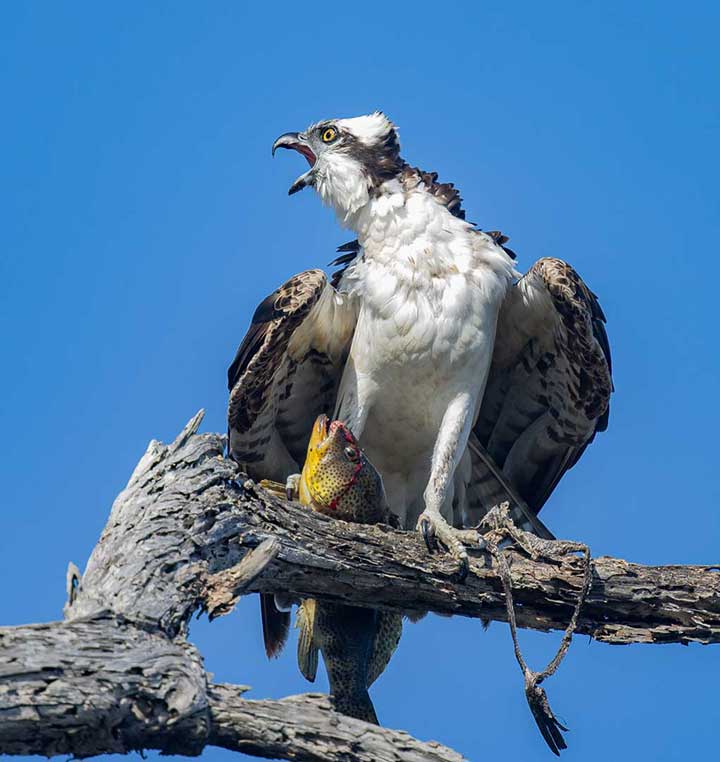