Home•Southern Sea Lions of the Falkland Islands
Previous Next

The Southern Sea Lions in the Falklands are huge. When you look at the adult males you can see what looks like a mane on their huge heads, which is why they are called lions.

Jerome Poncet from Golden Fleece Expeditions, our sailboat captain, made a stop at Stinker Island where these sea lions congregate, before taking us to New Island. We had a chance to go on land in a zodiac and approach them from a close distance. 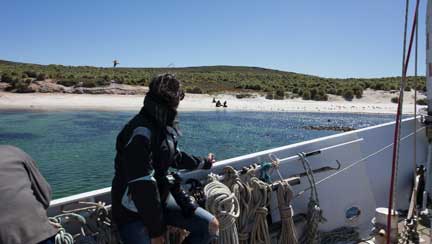 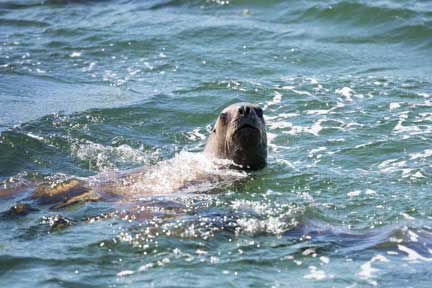 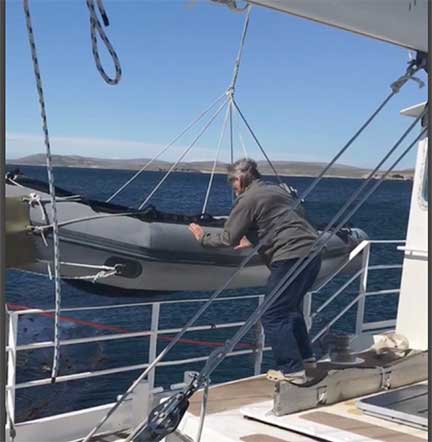 Jerome launched the zodiac and we jumped aboard 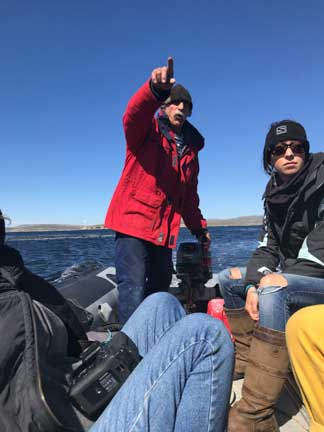 Off we went in the Zodiac with Jerome at the helm 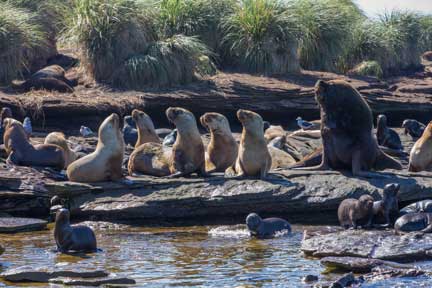 As soon as we stepped foot on the island we were treated to the sight of a large male with his harem and pups. His enourmous size was quite apparent, especially when compared to the females. 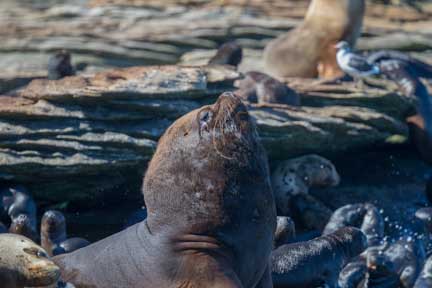 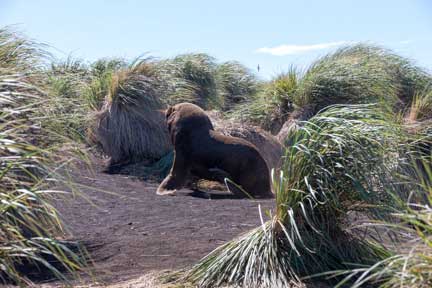 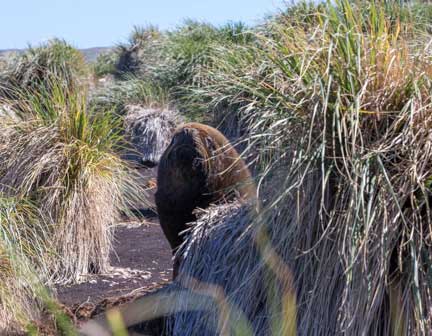 A younger male southern sea lion was near this large male, so we kept an eye on him also. This younger male soon decided he did not want us between himself and the water, so he charged at us to get us out of the way. In this first video he starts slowly, but then he lets out a loud bark and rapidly accelerated towards Dr. P who was in his way. You can tell the point that Dr. P started running away by the shakiness of the video.
In the second video Dr. P gets his act together just in time to watch this sea lion blast past toward the water. It all happened fast, and gives you an idea of how you need to be observant at all time around these large and powerful animals. We would not have gotten this close without Jerome being there. 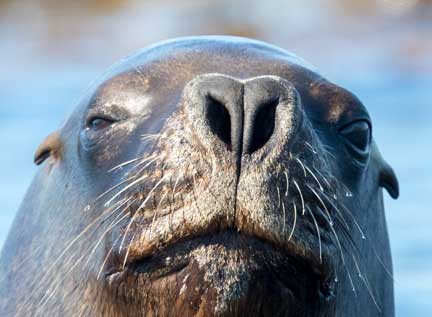 All too soon it was time to say good bye to our newfound friends and make our way to New Island, the final destination of our trip