Cape Buffalo of the Okavango Delta

Home•Cape Buffalo of the Okavango Delta
Previous Next

Cape Buffalo of the Okavango Delta

Cape Buffalo (some people mistakenly call them water buffalo) are know by two other names; African Buffalo, and Black Death. The Black Death comes from their propensity to consciously charge hunters after they have been wounded in an attempt (successfully sometimes) to kill the hunter.

We took the powerboats to an island for a walking tour with our guide. We encountered a herd of Cape Buffalo at our landing site, and had to wait from them to pass. This gave us an opportunity to photograph them up close, while they were calm (although inquisitive about us based on their stares), and from the safety of our boats.  Once they moved away we walked around the island. Africa is a whole different place when you walk around with an experienced guide that points out the the details of this complicated ecosystem you miss when riding in a vehicle. 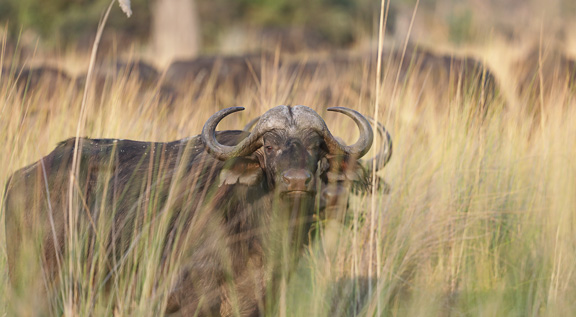 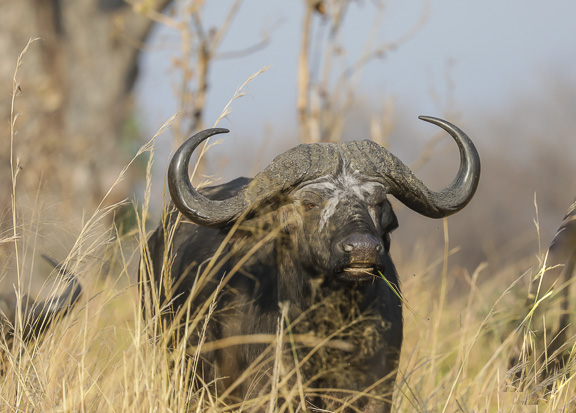 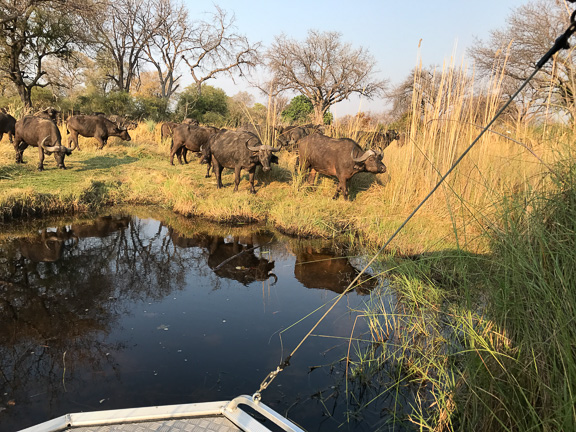 As we got closer, they came to the water’s edge 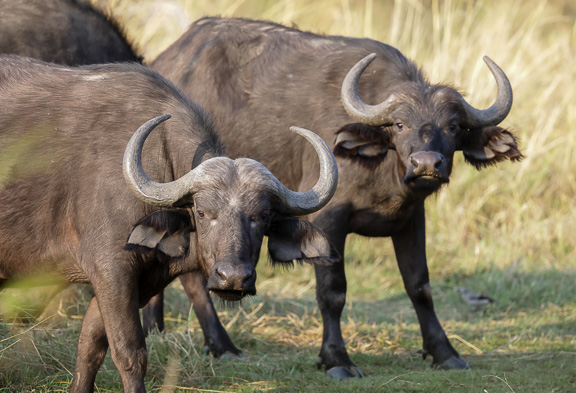 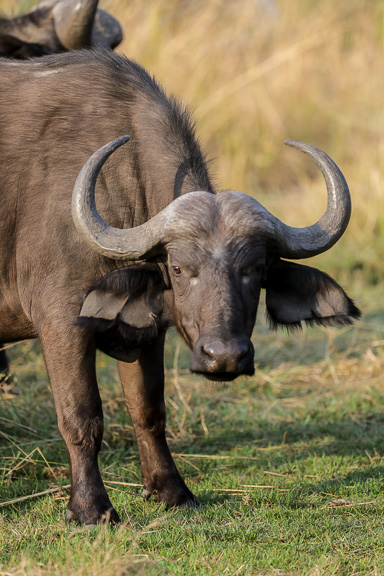 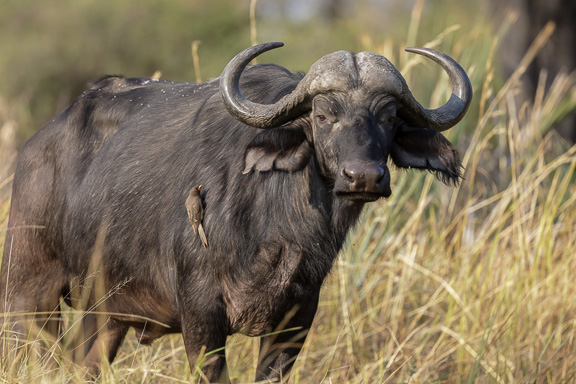 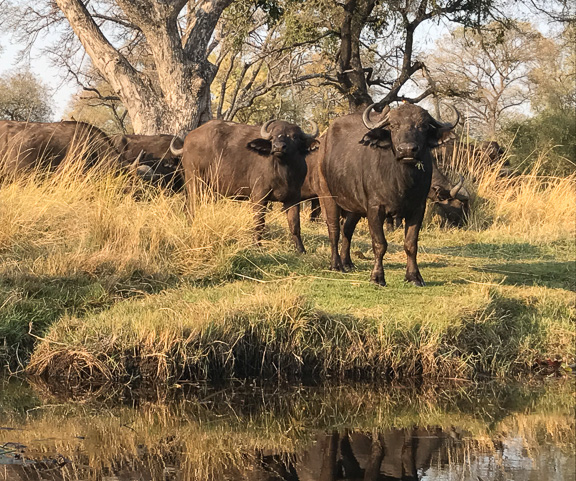 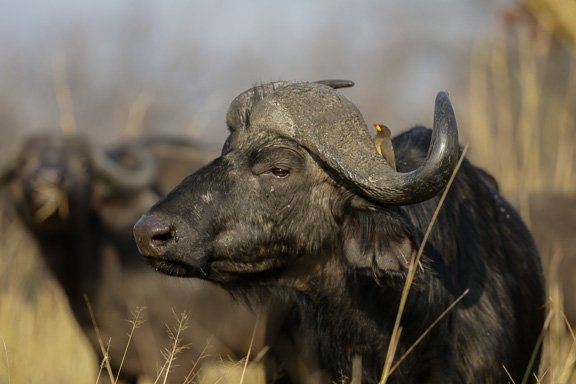 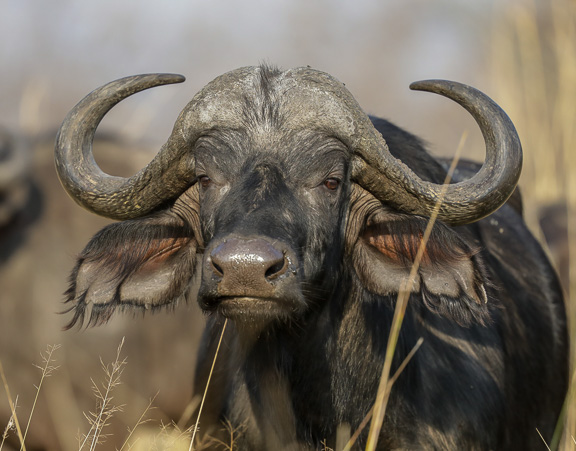 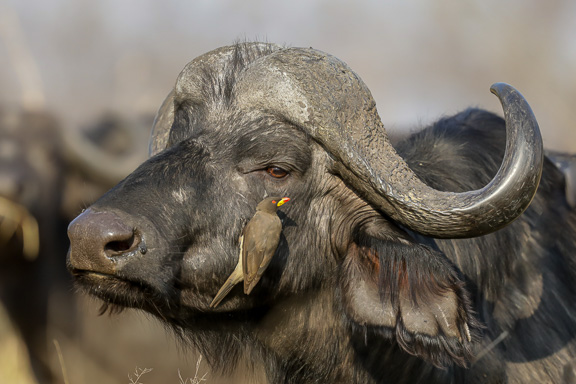 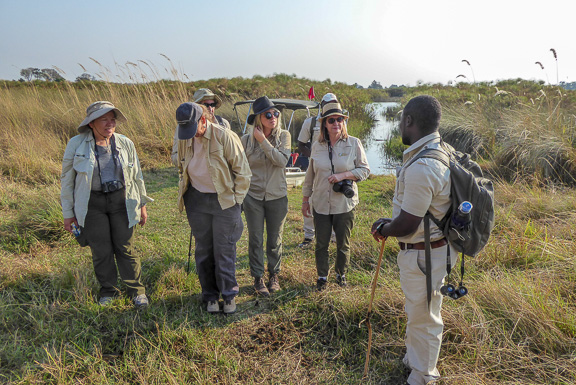 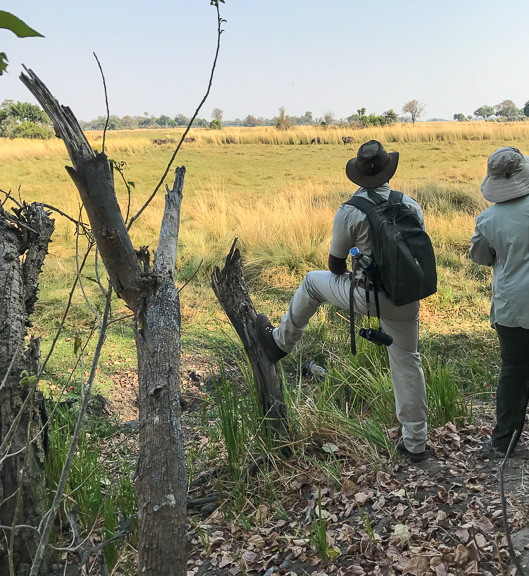 Our guide kept a tab on them as they grazed 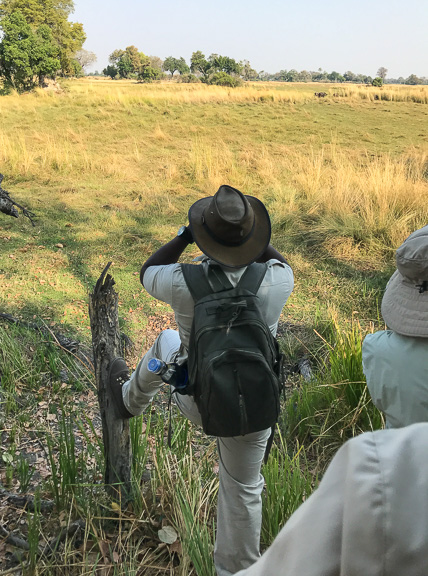 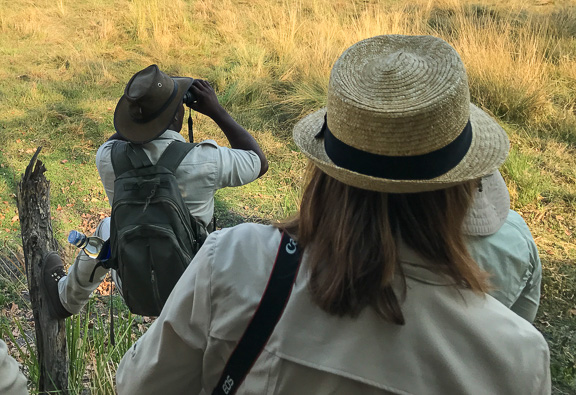 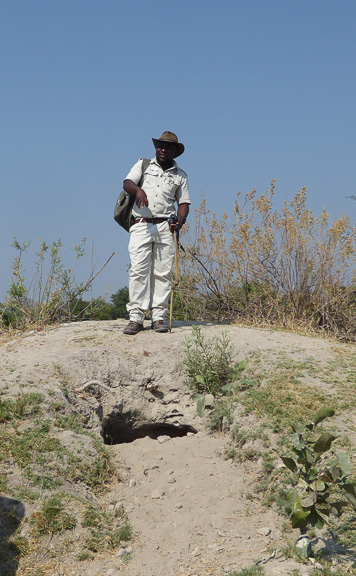 Our first observation was a large den, probably from an aardvark 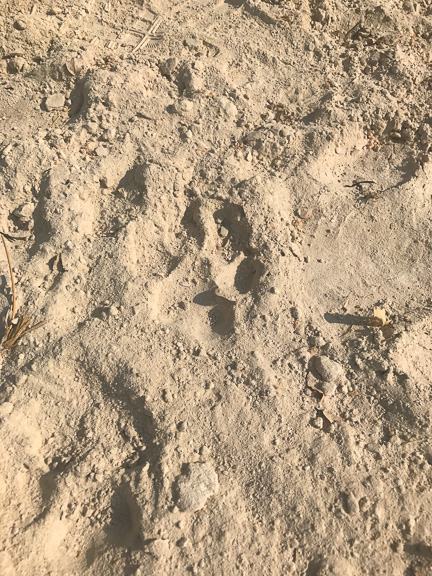 Lion tracks were easy to spot in the soft sand 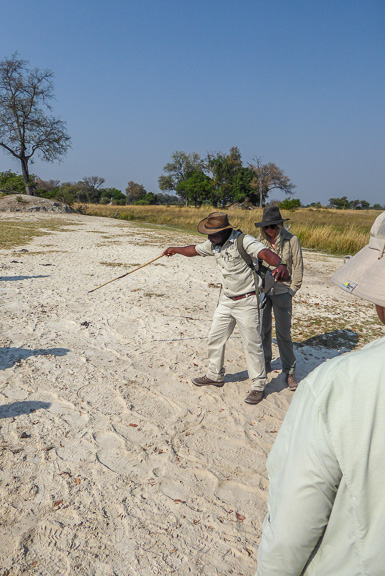 Zak taught us about animal tracks 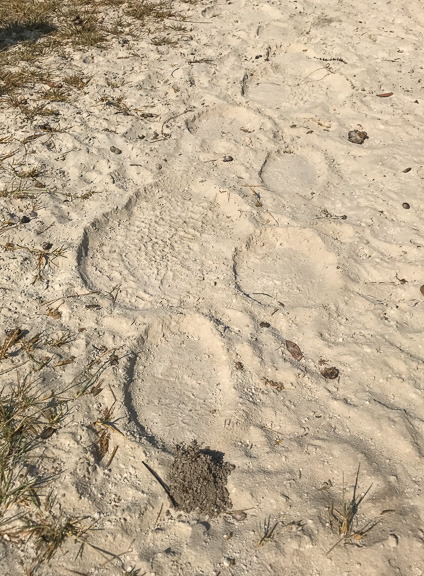 From the elephant tracks were learned how to tell which foot we were looking at, and the size and age of the elephant 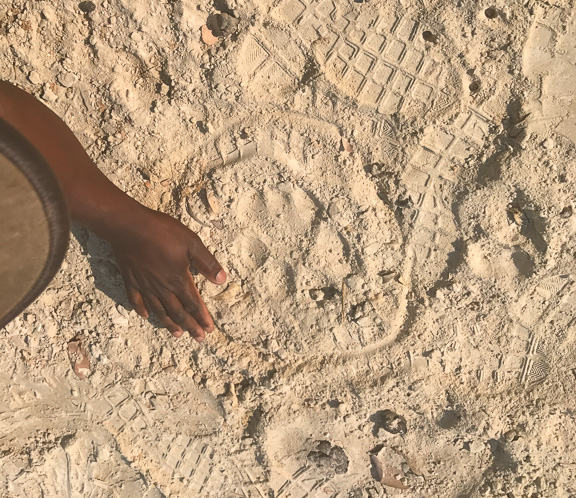 This view makes it easier to visualize

As we continued walking Zak heard the alarm call of a bird, and said that it was a reptile alarm call. I though he was pulling our leg. He said that in this area it was either a lizard or a snake. I remained skeptical, even when we saw the skid marks of a reasonably large snake in the area. My skepticism rapidly vanished when another guide in our group called us over to him just 50 yards away. They were looking at a Black Mamba snake in a tree.

Click here to go to my Black Mamba page. I never dreamed I would be standing this close to such a dangerous animal. I have only seen one once, and it was in Kenya when I was on an Earthwatch project monitoring the lions in Tsavo National Park. I will show that old photo, along with the new ones, when you follow the link.