This is Doyak in all his splendor (oops, wrong Doyak, this is a guide at the feeding platform pretending to be Doyak) 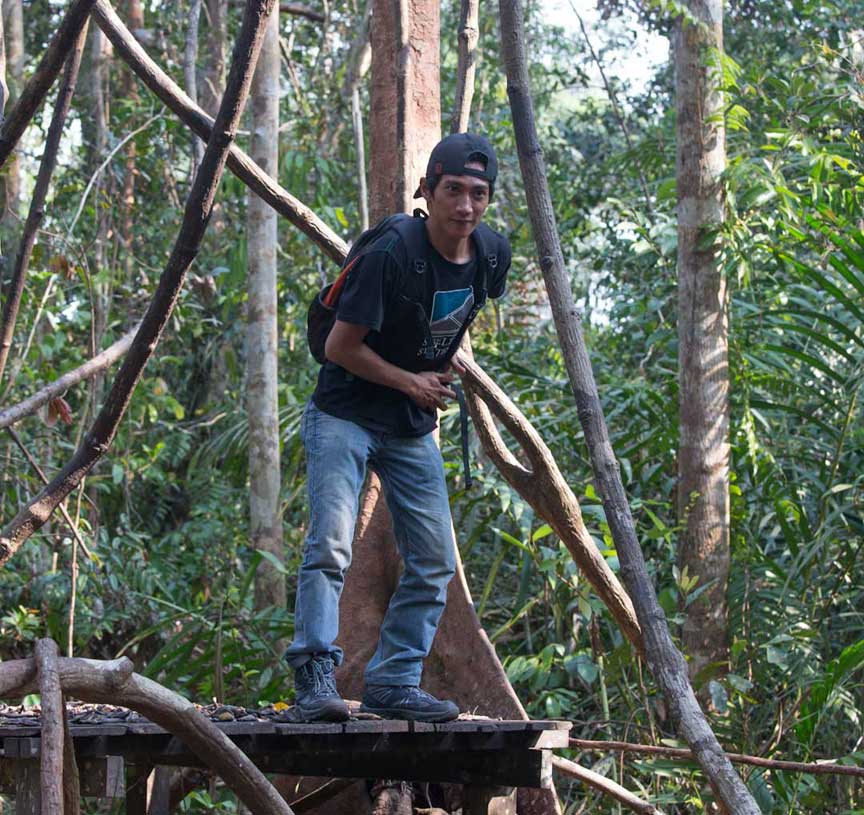 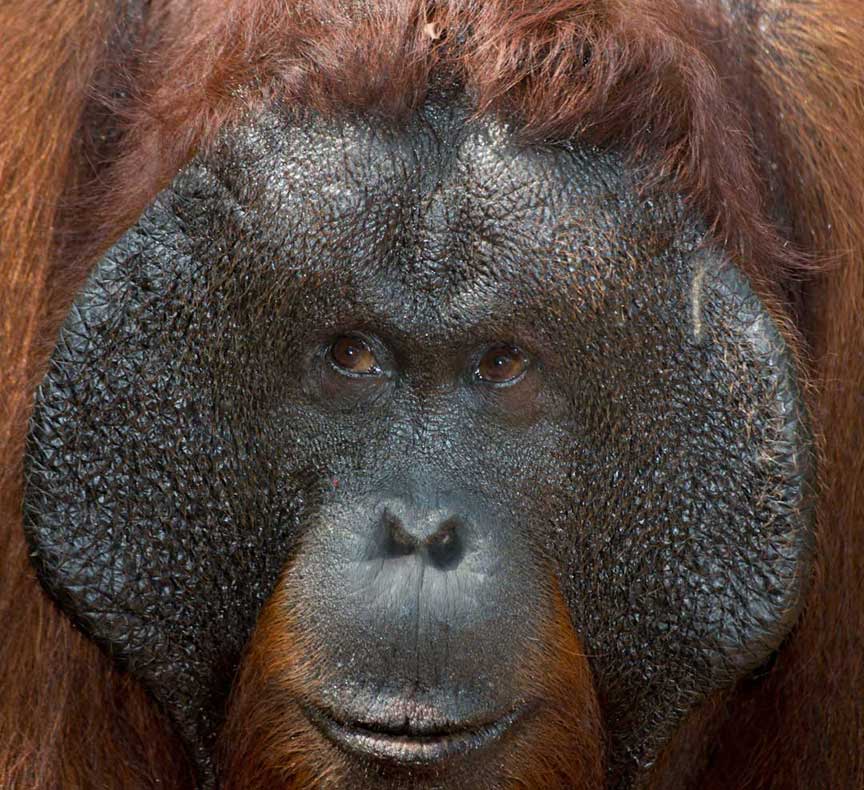 Males this size range between 250-350 pounds. They are comparable in strength to 8 large men at least, and are not intimidated by much in their jungle. They have a powerful bite they use when fighting each other. 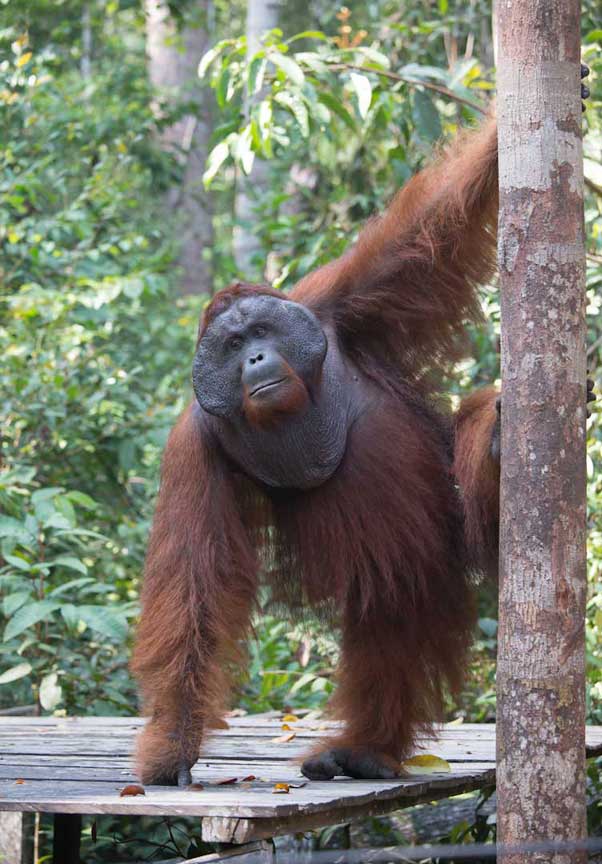 Here are some pictures of him at one of the feeding stations as he came in to get his share of food and confirm his place in the hierarchy. His territory does not encroach on Tom, the other dominant male in the area, and the one who is the king of all the male orangutans at the moment. Rumor has it though that Doyak is taking over Tom’s role.

Doyak hangs around the feeding station until the ranger brings the milk, which he then hoards. He keeps the other orange away by an intimidating look, and for the juvenile that approached him, a motion of his long arm warning not to come any closer. Watching his face and body language as he puts on his show of intimidation is fascinating.

Light conditions were constantly changing, and you will see that reflected in the color of his haircoat. I use the Canon 1Dx and the Canon 5D Mark III for these shots, and even used flash on several occasions. 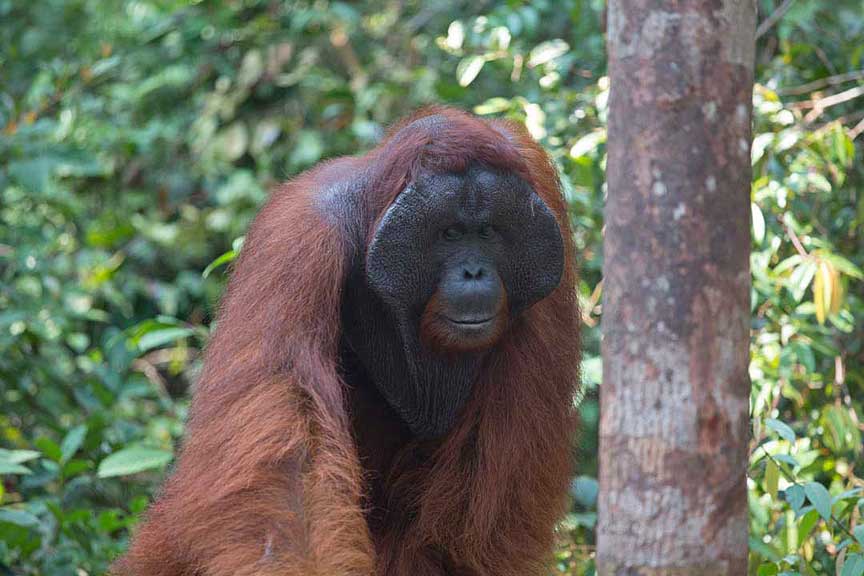 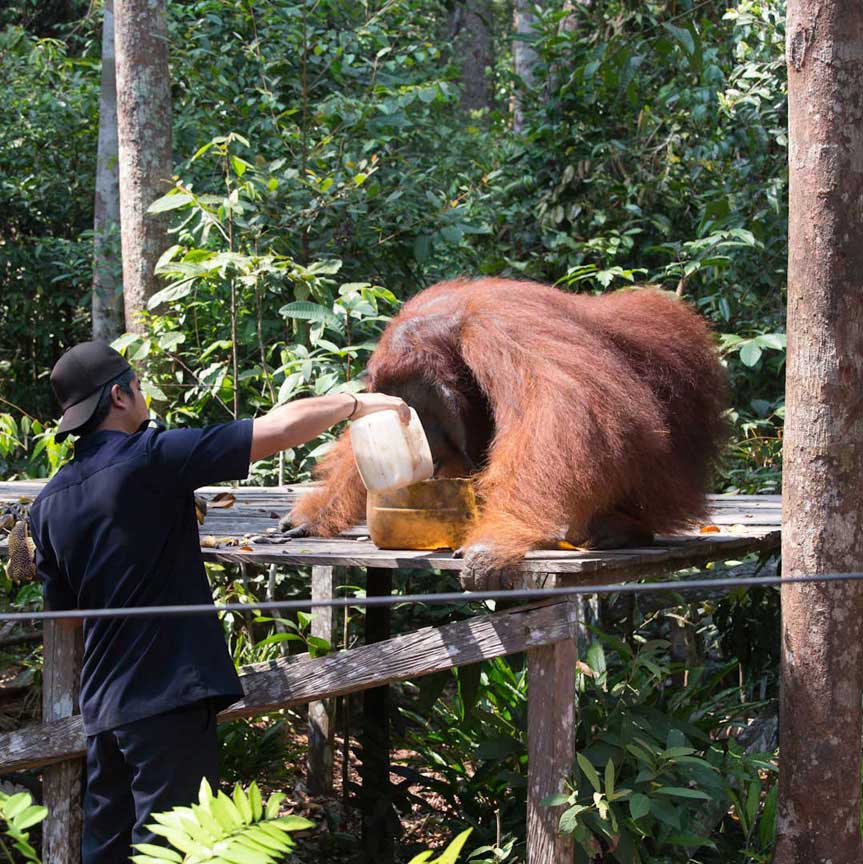 He hoards the milk with his huge arms and menacing stare 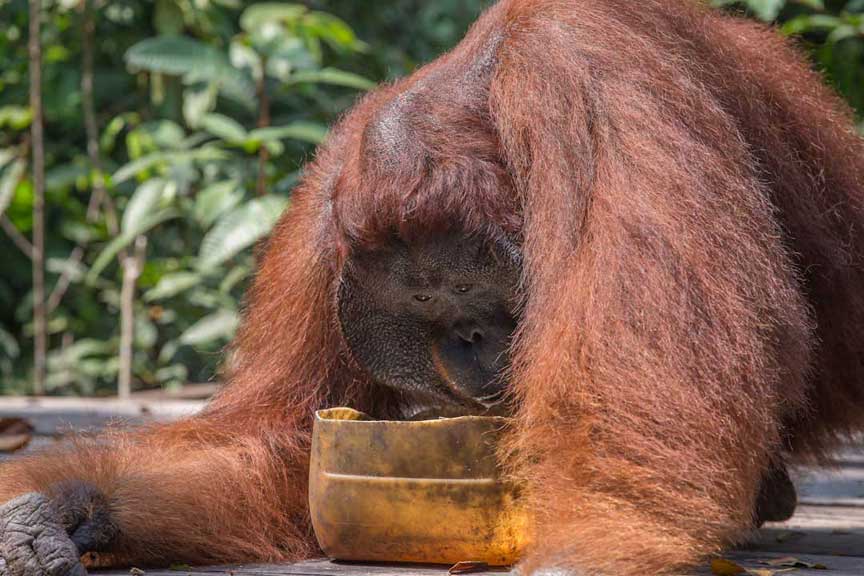 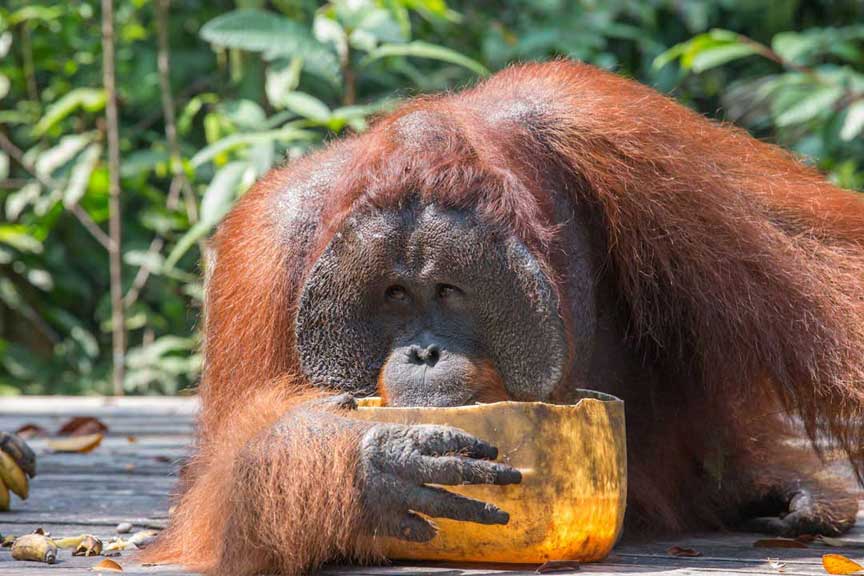 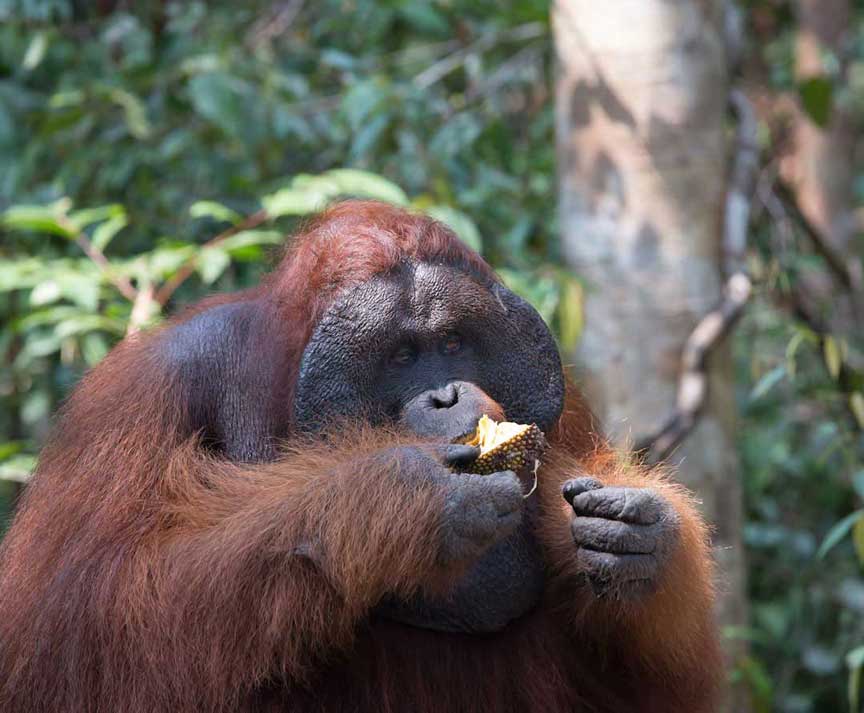 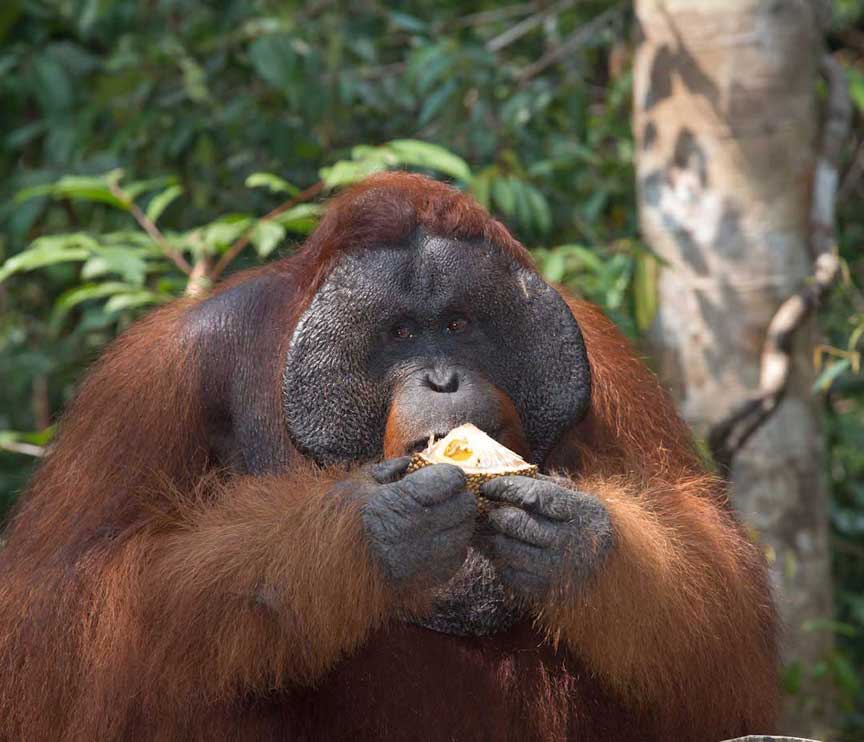 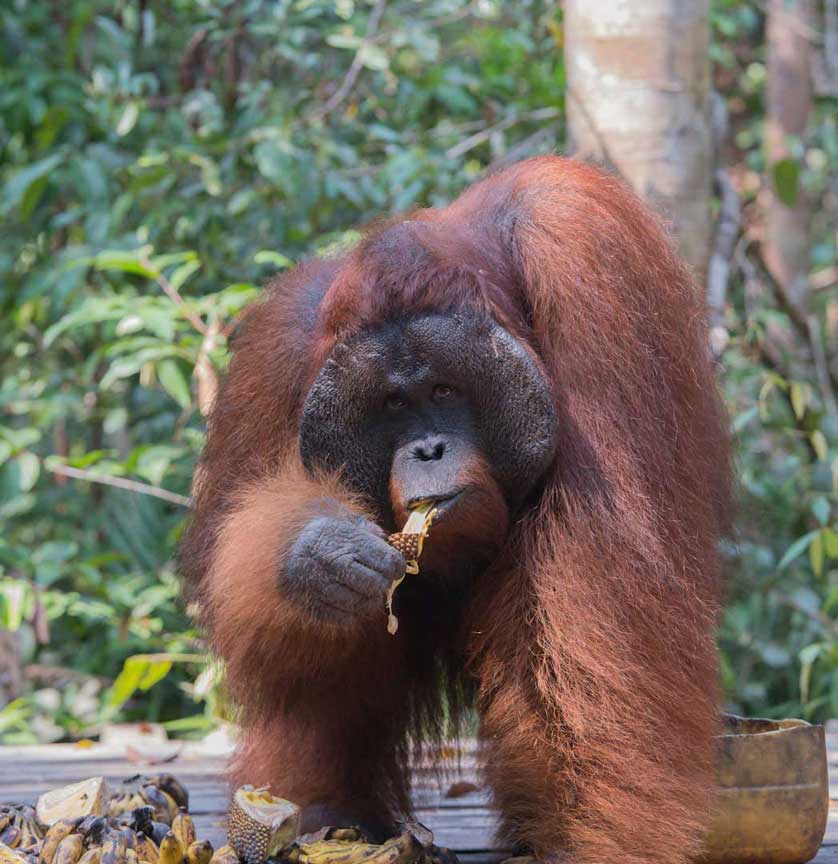 This juvenile in the tree had to wait his turn 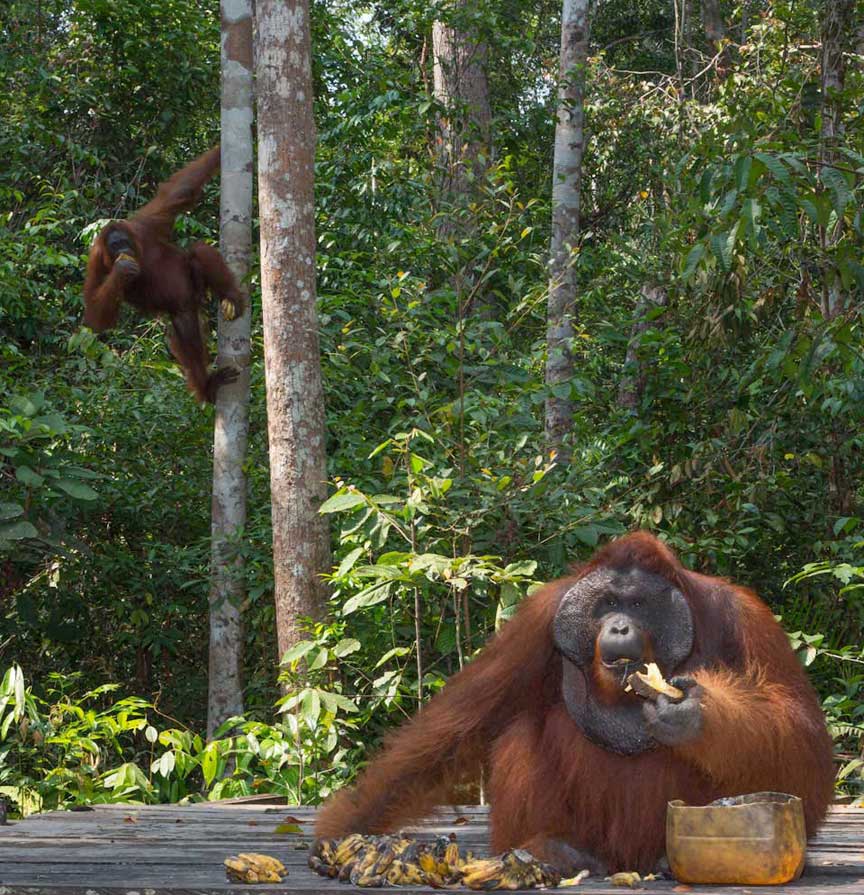 Eventually the juvenile decided to test Doyak’s tolerance of his presence. Doyak chased him away with a wave of his arm and the juvenile retreated. The younger male tried again a little later and this time Doyak tolerated him. 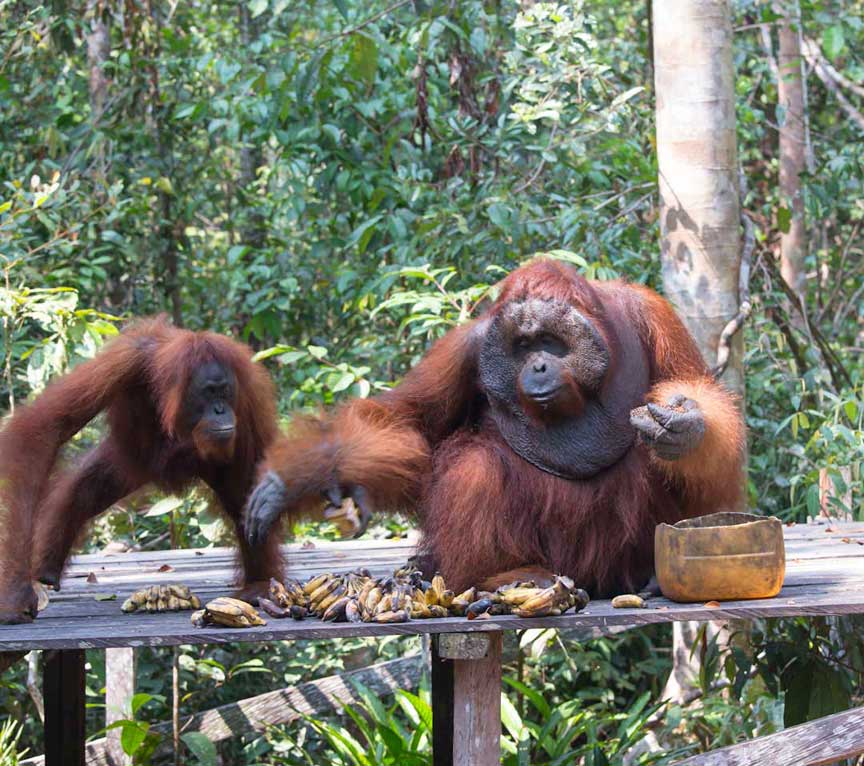 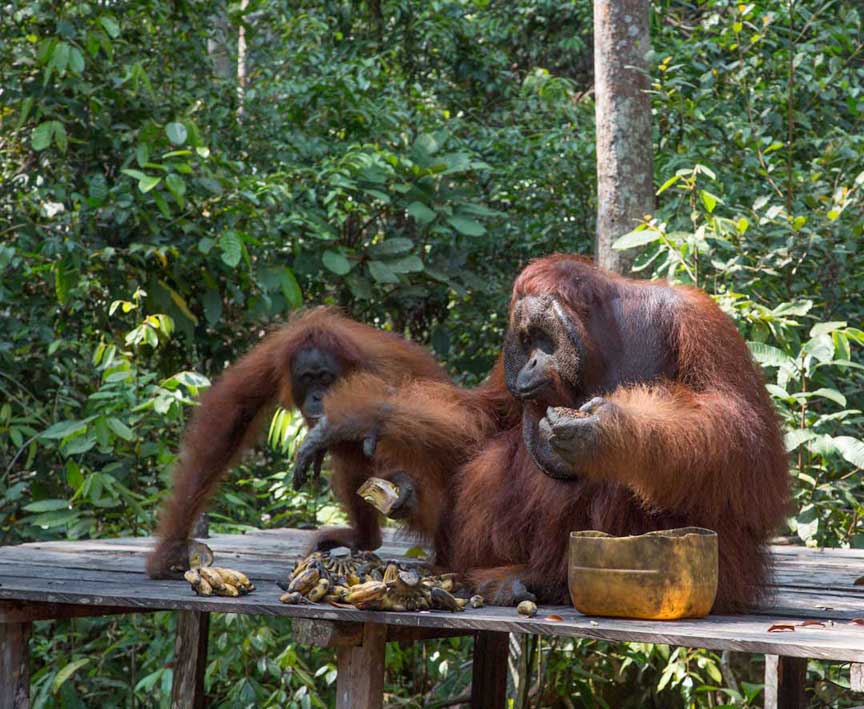 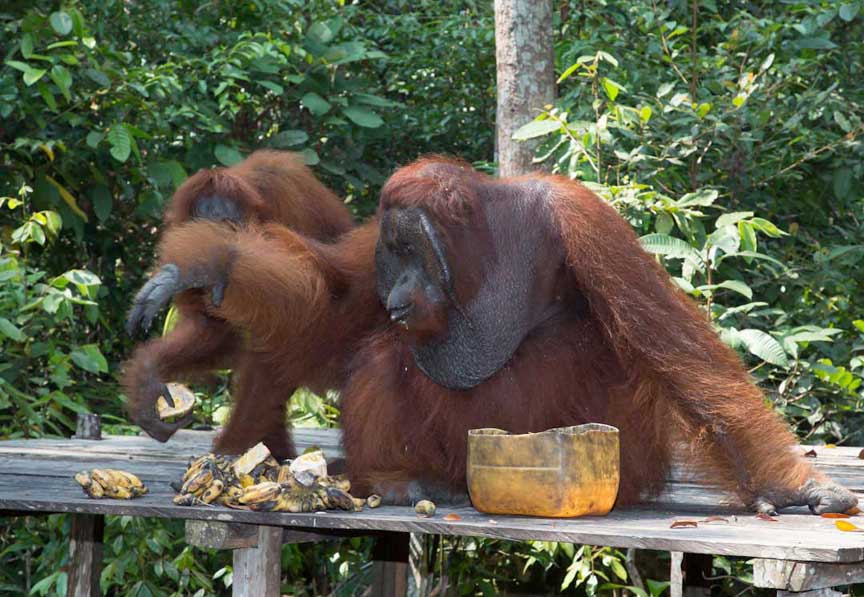 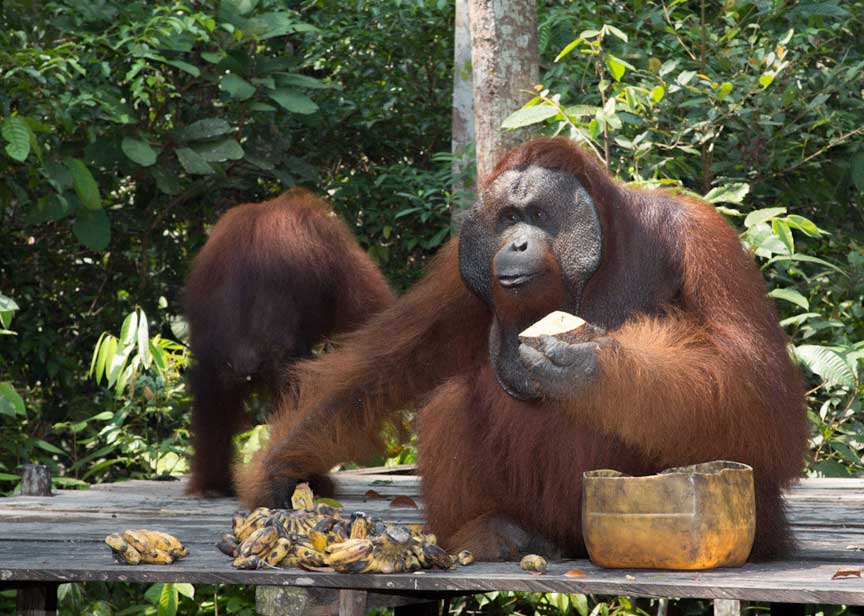 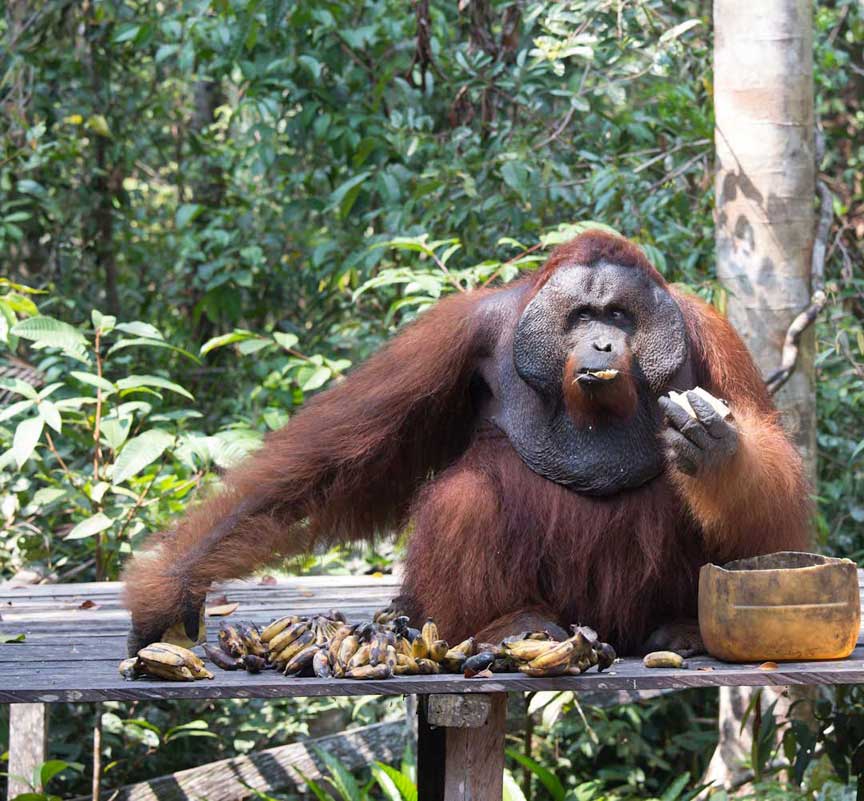 Every few minutes he would give his “Doyak” stare 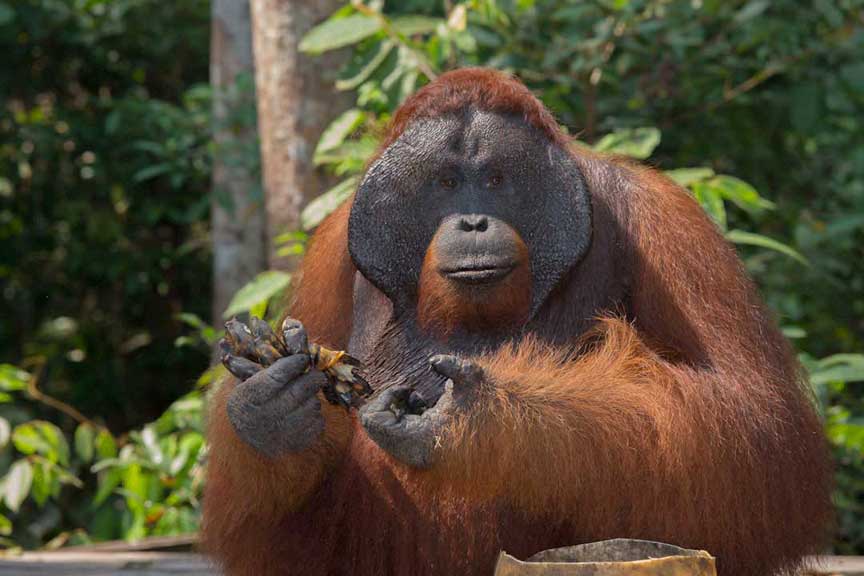 Sometimes he would get up and stare down the other orangutans. Intimidation is a big part of what he does, and he has the bulk to back it up. 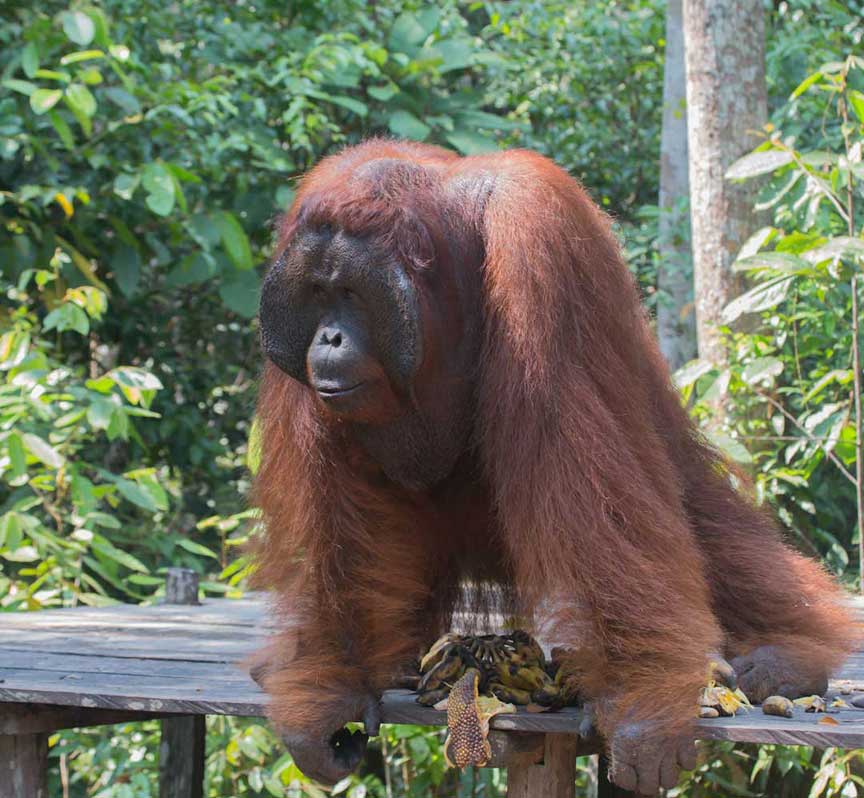 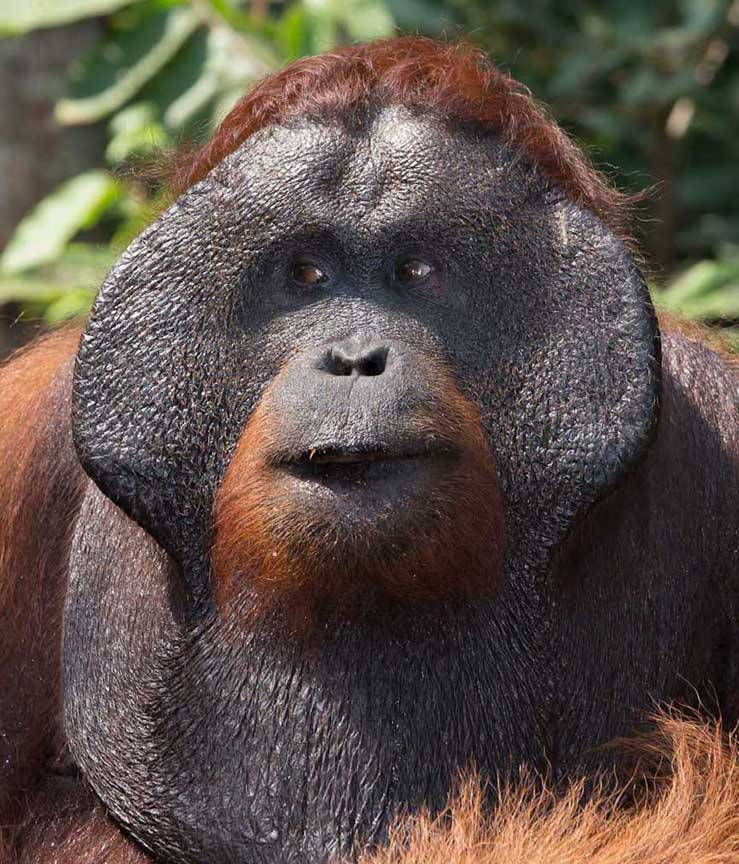