In September Dr. P met his cousin in the Puget sound area to enjoy the beautiful scenery and look for Orcas. We hired a private boat and guide from Maya Legacy in Friday harbor. Allen our guide did a great job, and we learned much and saw many pods. His assistants April and Zoe also helped out. 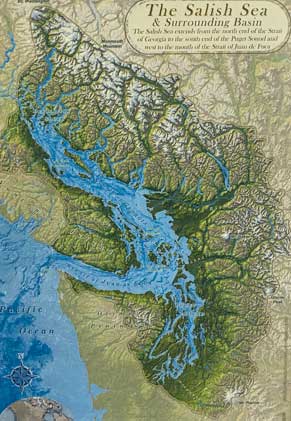 We were in a part of a large ecosystem called the Salish Sea that is filled with salmon breeding grounds, which has attracted Orcas.

The resident (there are transients here also that eat marine mammals) Orcas are in serious danger of extinction. This is due to a major decrease in their main food source, chinook salmon. It is also due to pollution in the waters around them, and excessive sounds in the water, confusing them and making communication difficult. These sounds come from all the boats (the cavitation from the spinning propellors) in the area, and also the active sonar from Navy ships. 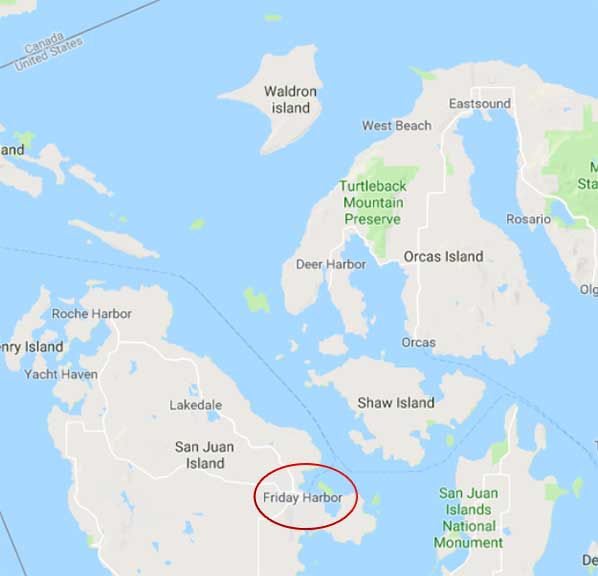 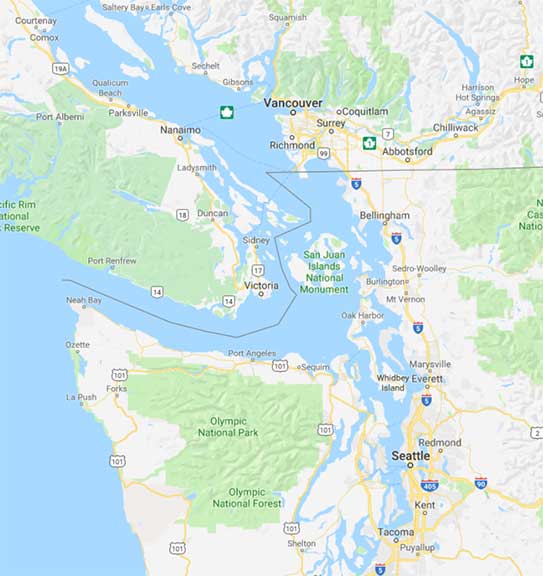 Friday Harbor is in the San Juan Islands, just east of Victoria, Canada 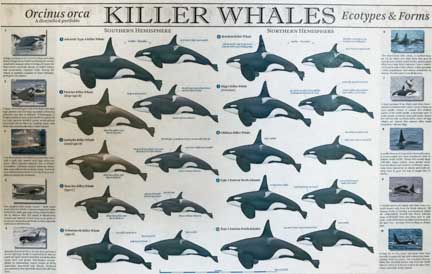 The people that live in this part of the world know their Orcas. This ranged from the naturalist that talked to us about them on the ferry ride over to Friday Harbor, to the captain of our boat and his assistant. They know all of the pods, whether they are local or transients, each family member, and what they eat.

It takes a team effort to find them in these vast waters. There are biologists and naturalists that continually do research on the Orcas. Their knowledge is critical to understanding them. They worked together well as team with the local guiding companies that take people out to see them. The companies that take tourists out to find the Orcas are professionals, and share their knowledge with each other to help everyone see them. These guides have a private radio channel and private Facebook page to help facilitate this communication. It was a job well done! 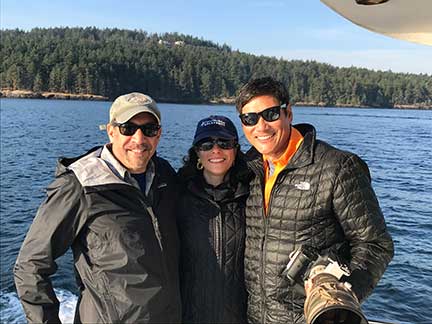 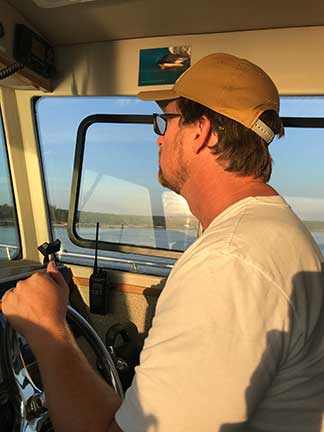 Allen our captain working hard to find the whales 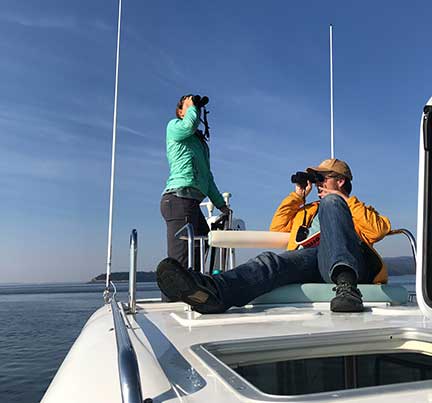 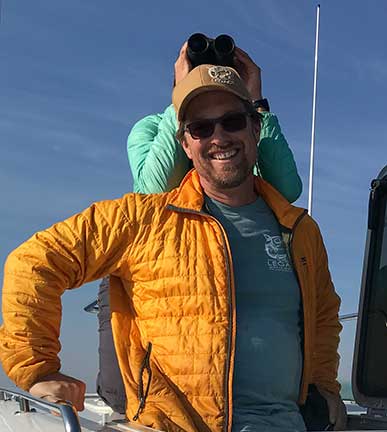 Zoe using Allen as a tripod to keep her binoculars steady. Hey, whatever works to find them! 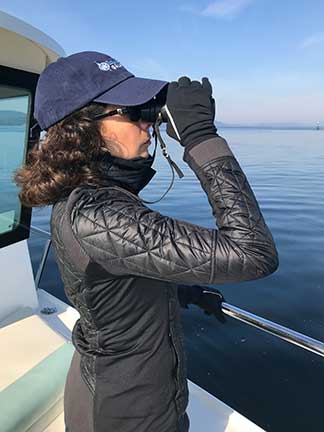 Nicole was part of our team of Orca scanners 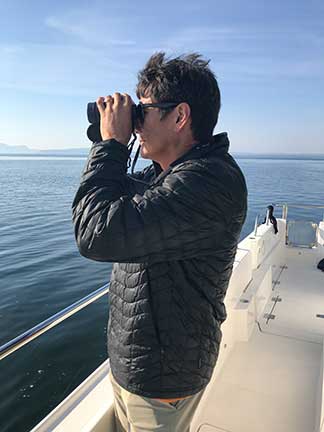 It takes a lot of eyes to find them, so Hugh used his “eagle eyes” and helped out also 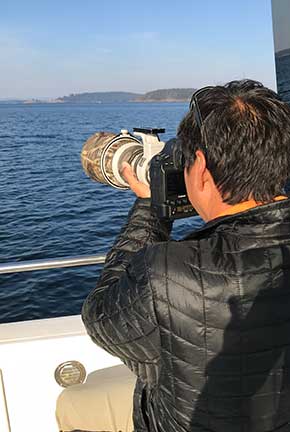 Hugh got his chance to use the big glass. The most important things he learned was not to drop it in the water! 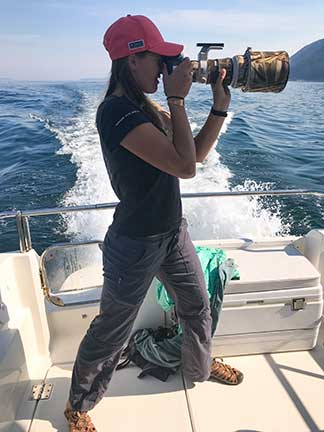 Chloe got jealous when Hugh got to use the professional camera and lens, so we had to let her have a go at it 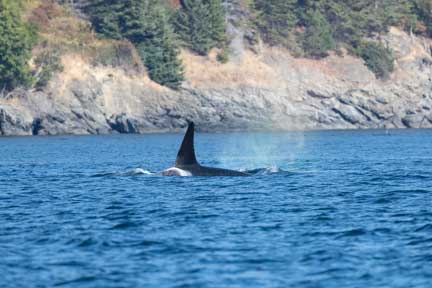 This is a large male, as evidenced by his large dorsal fin, near our boat 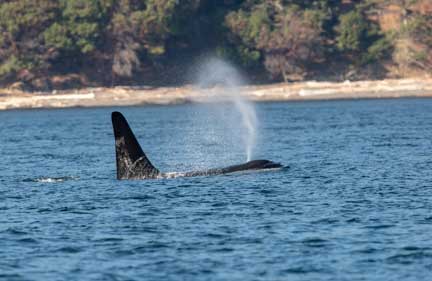 You never know what direction they are coming from, so you need to be observant at all times 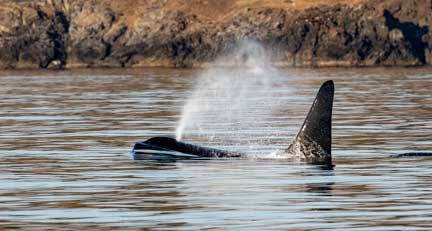 They are not easy to photograph. You need to be ready and time your shot for the few seconds they pop to the surface to breathe. In a bobbing boat this can be a challenge! 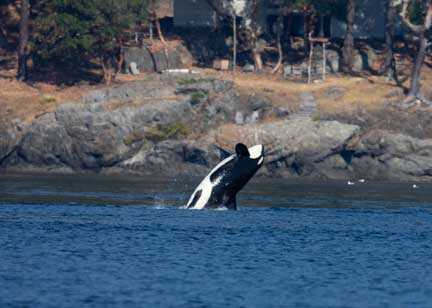 They were quite active and breached several times 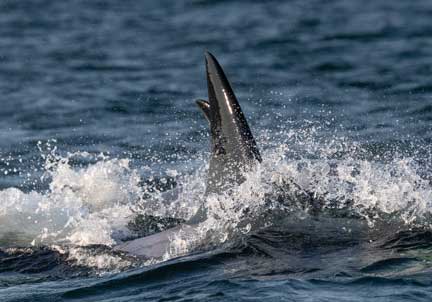 Allen did a great job of anticipating where they would go. One time several members of a pod swam just a few feet in front of our bow. 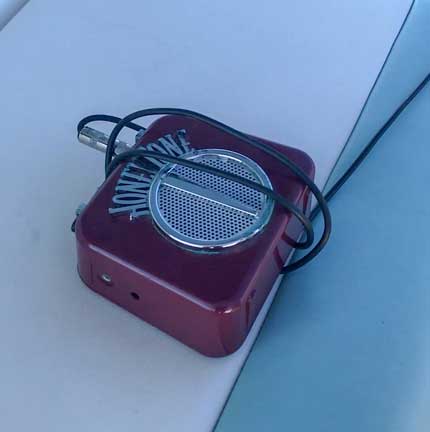 Allen put a hydrophone in the water as they swam by

Their eerie sounds as they communicate with each other are mesmerizing. They can communicate like this for vast distances 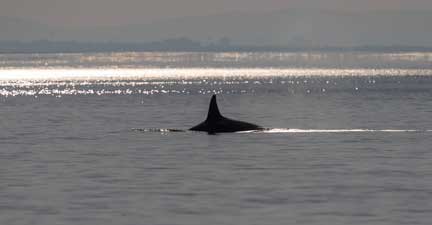 Even though we were close to them, sometimes it was nice to see them in the distance 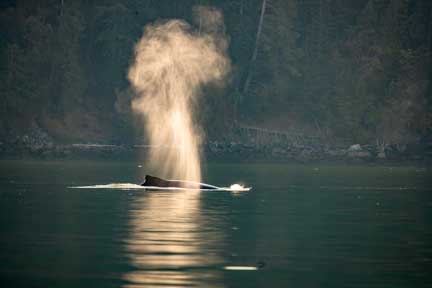 We even came across a humpback whale (Allen called them HB’s). He positioned us just right to get some nice backlight shots of them exhaling

There is plenty of other wildlife throughout the area, including southern sea lions, bald eagles, and several different species of seals. 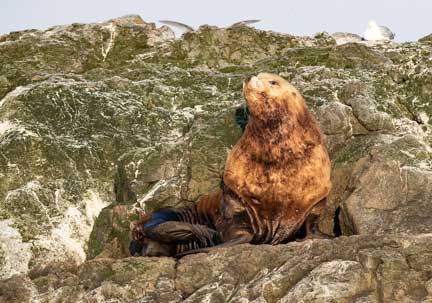 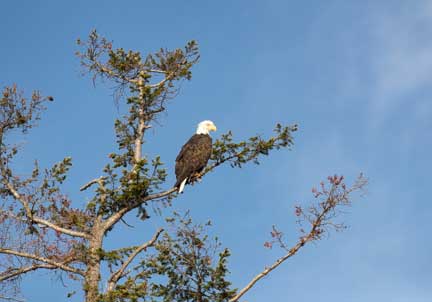 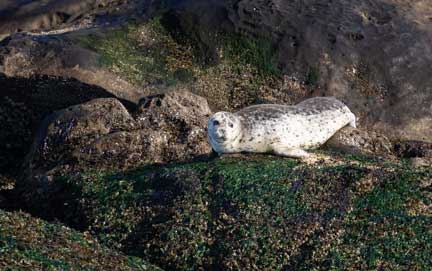