This was my fist chance to see a close encounter between lions and hyenas. It happened at 9 Am while driving  in the central Serengeti. 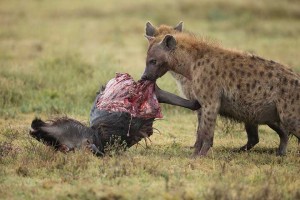 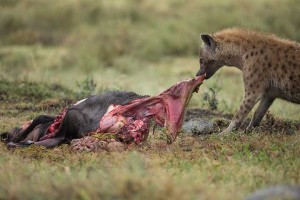 The ripped away and engorged themselves 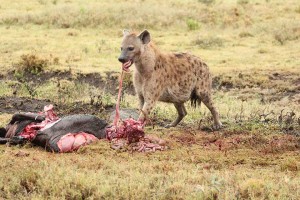 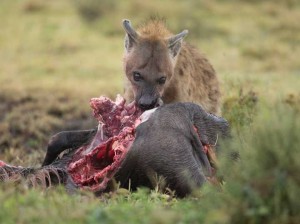 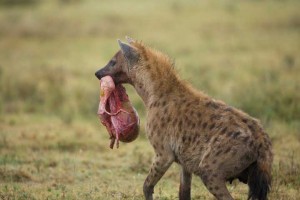 They kept a wary eye in the distance, and we soon found out why 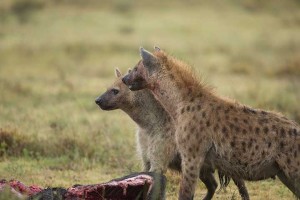 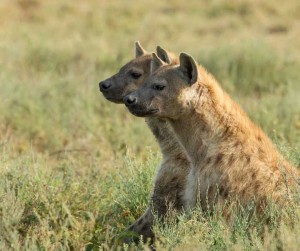 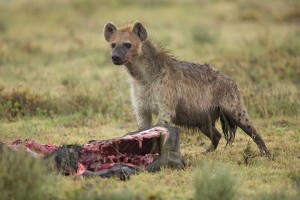 As it turns out, a small pride of male lions had killed the wildebeest earlier and already feasted. They were lounging about 100 yards away after gorging on the wildebeest. They left their kill to the hyenas since they could not eat any more.

One of the males decided that he did not want the hyenas eating his meal so he returned, walking right down the middle of the road 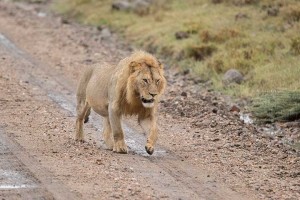 He was a big boy, and could not move very fast due to his full belly 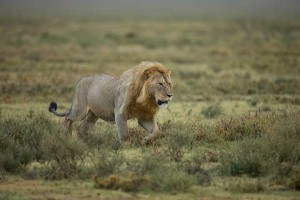 When he got close the hyenas scattered. 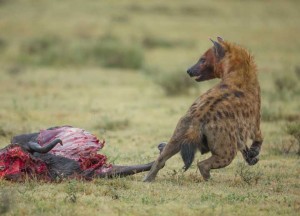 Hyenas have powerful jaws, and in sufficient numbers are not usually afraid of lions, especially lionesses. This is not the case when a large male lion approaches. 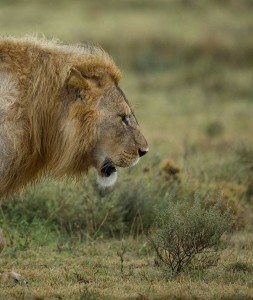 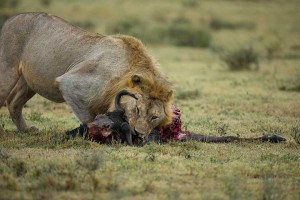 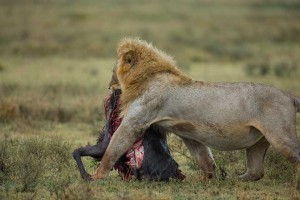 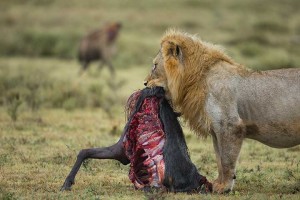 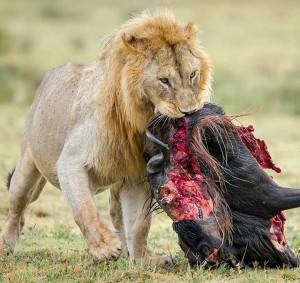 He stopped to rest frequently, with the hyenas watching from a safe distance 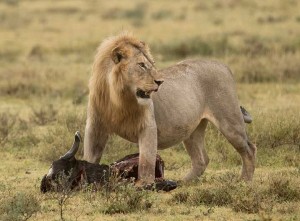 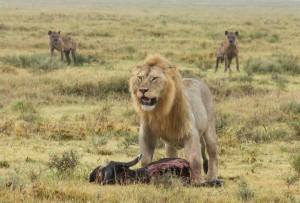 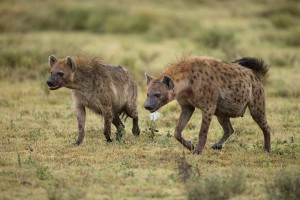 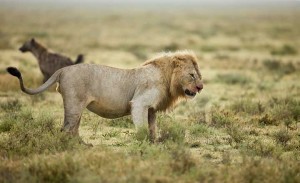 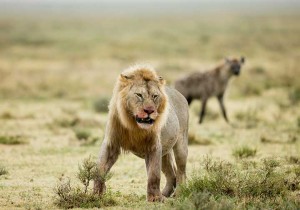 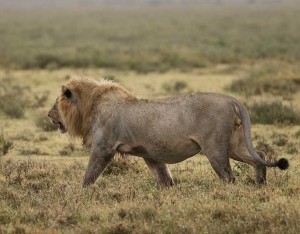 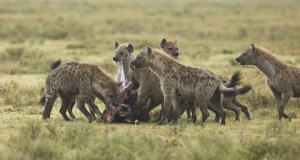