Lions of the Southern Serengeti

Home•Lions of the Southern Serengeti
Previous Next

Lions of the Southern Serengeti

Lions tend to be evening hunters, although our guides told us several prides in this area hunt in the daytime frequently. Even though I love the cheetahs, nothing is more intense than a lion that is in the act of hunting.

You will encounter playful lion cubs on this page. Those babies had to come from somewhere…. 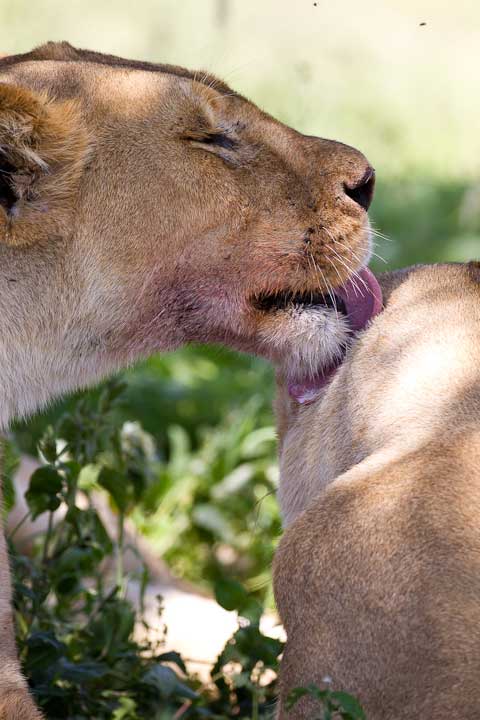 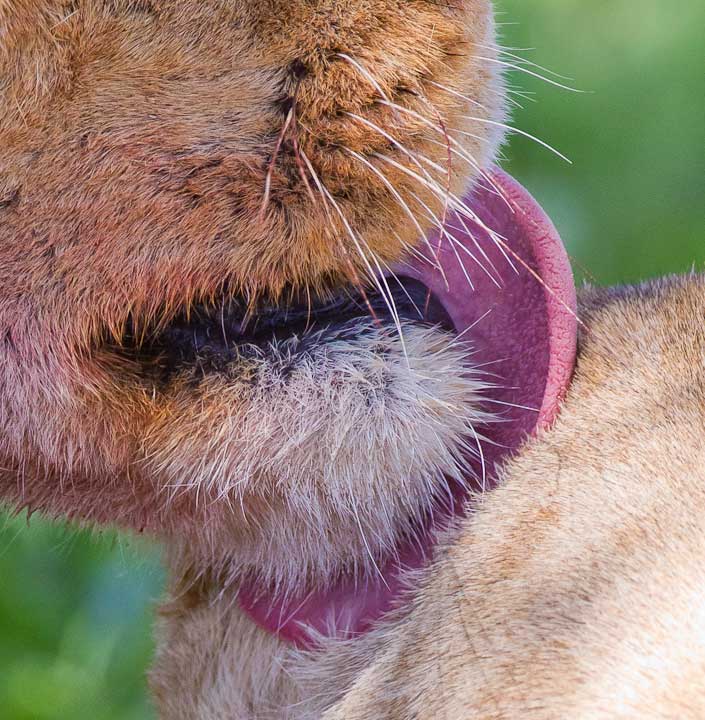 We came across this lioness one morning feasting on a cape buffalo killed the night before.
If you click on her picture you will see a few seconds of video on how she pulls pieces
of flesh off. 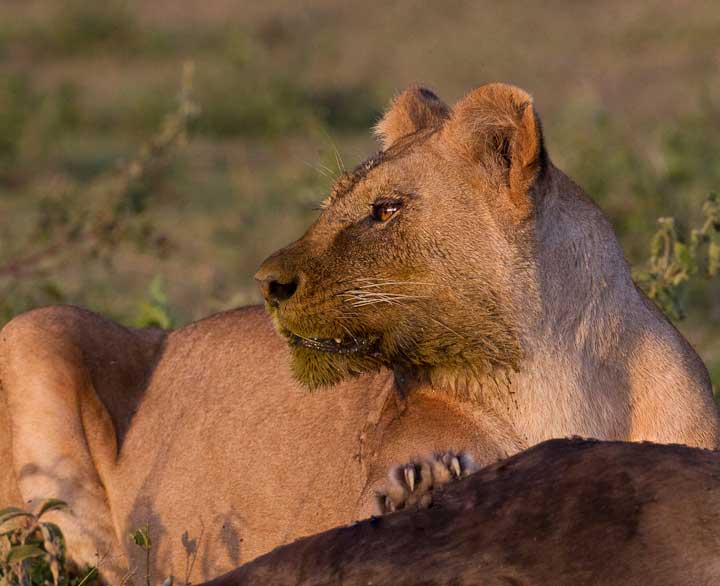 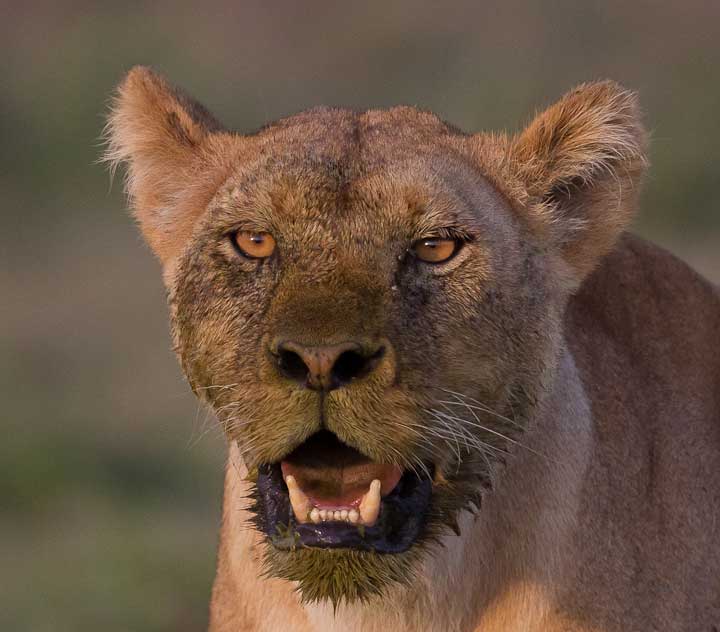 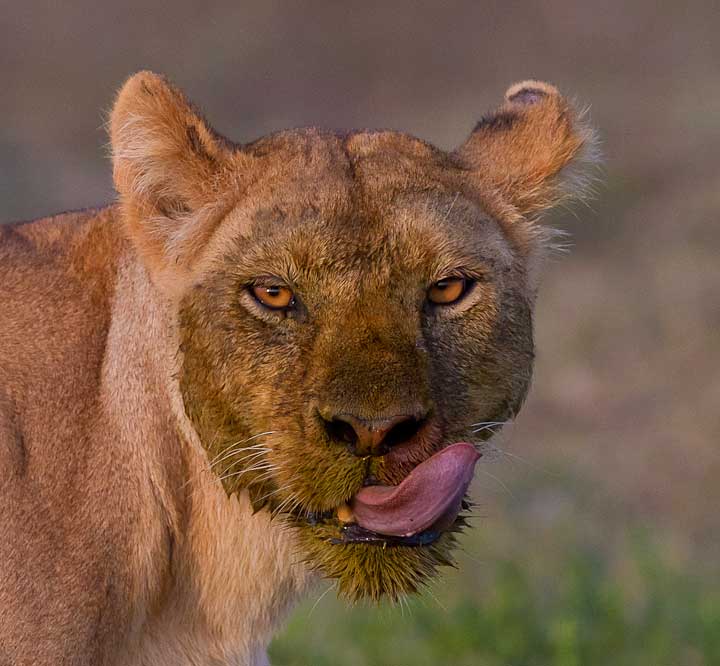 She was surrounded by cubs 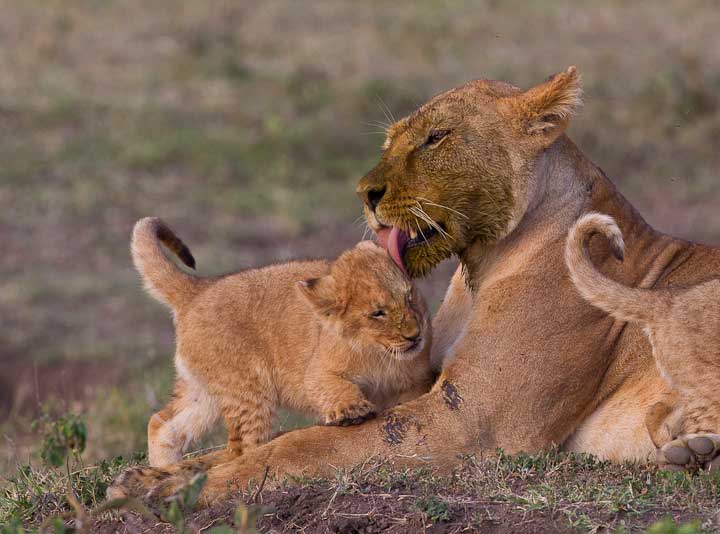 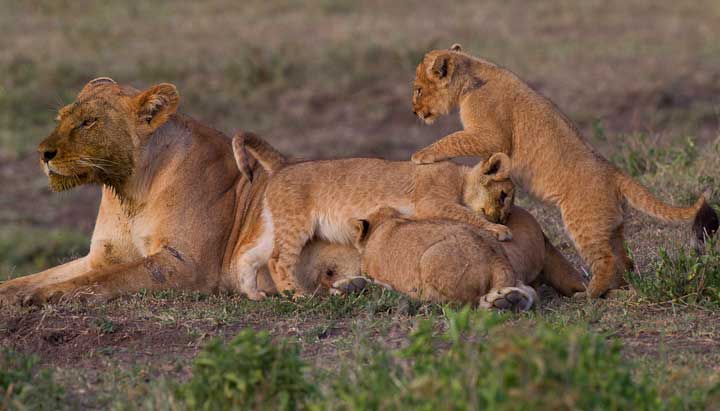 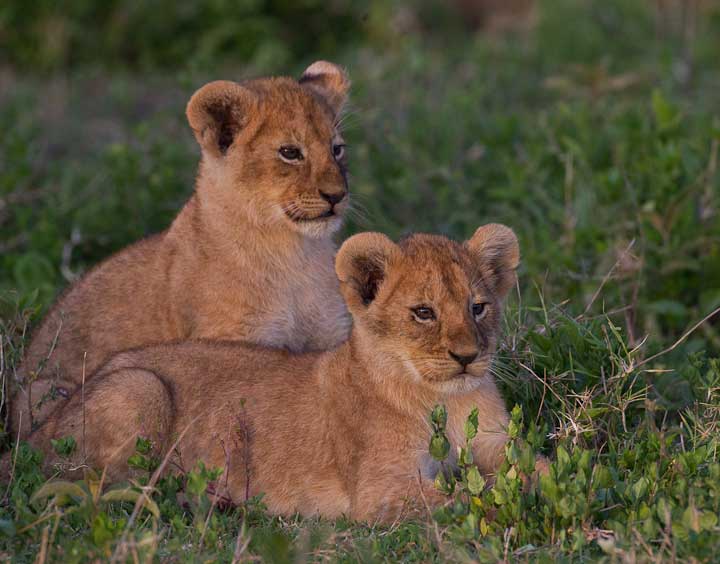 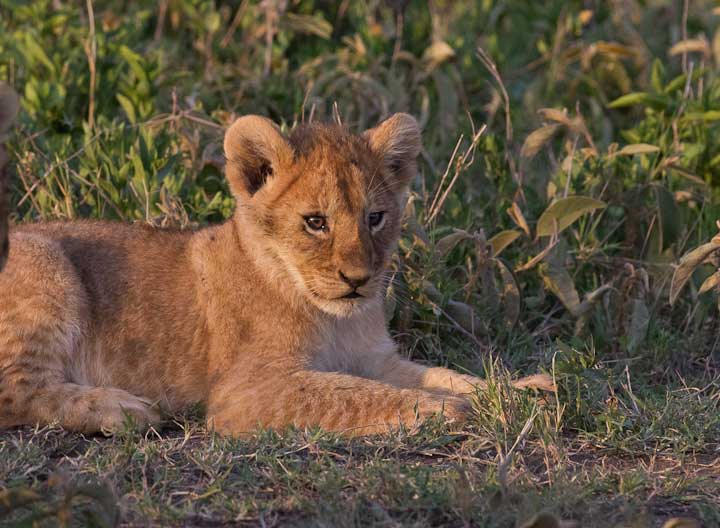 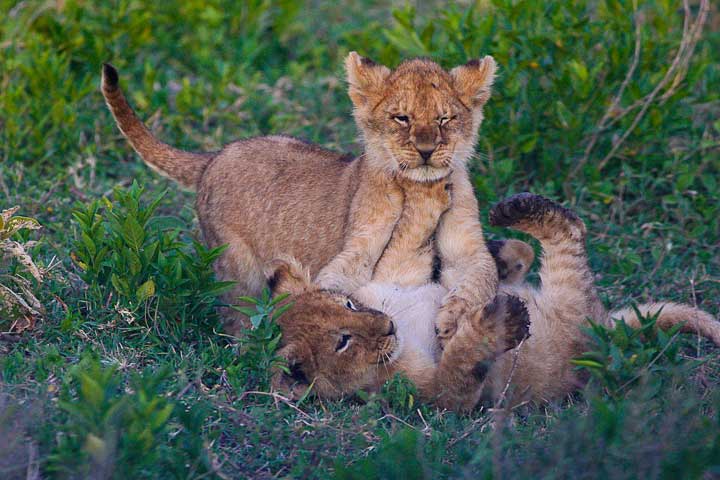 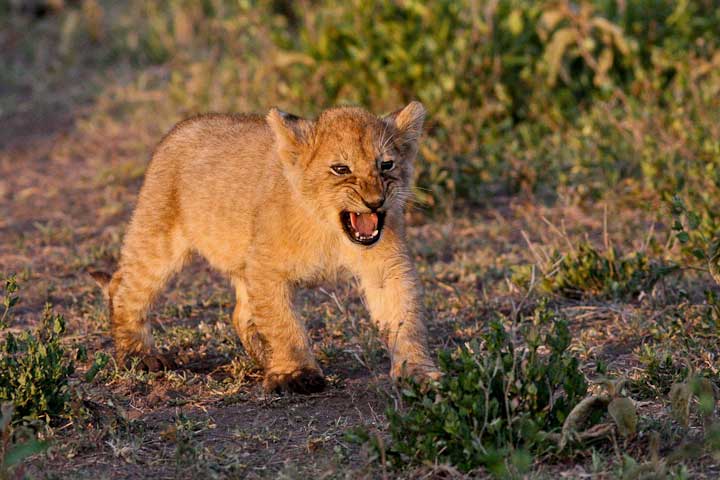 Lions have a strong instinct to hunt, even when they have recently eaten. This lioness
was resting in the shade after gorging on her meal. When these wildebeest and zebra
came around she could not resist the temptation. 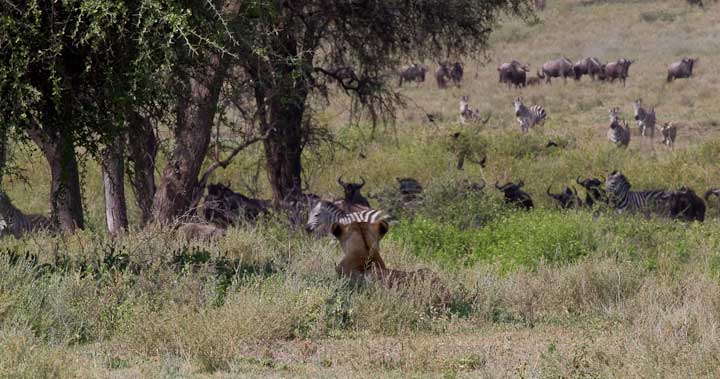 Her final assault was a test to see if there was any easy prey in the herd. No luck this time. 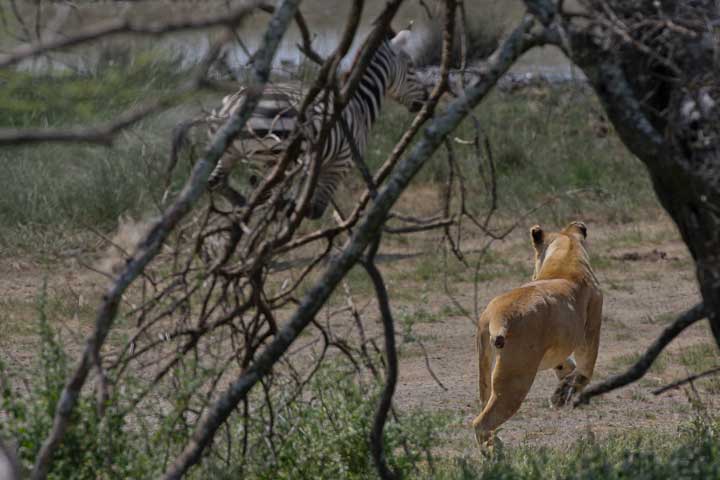 This quivering tail is the first we saw of a different lioness as she was resting in the shade
of an  embankment. We saw the zebra coming before she did because of our higher
vantage point. 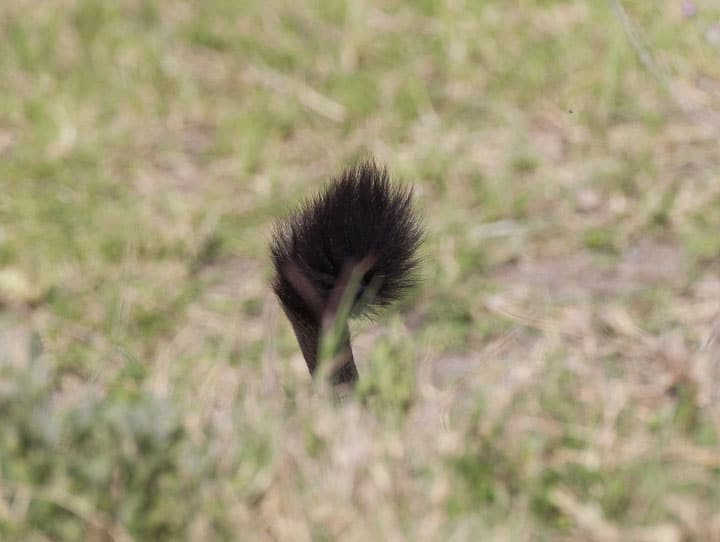 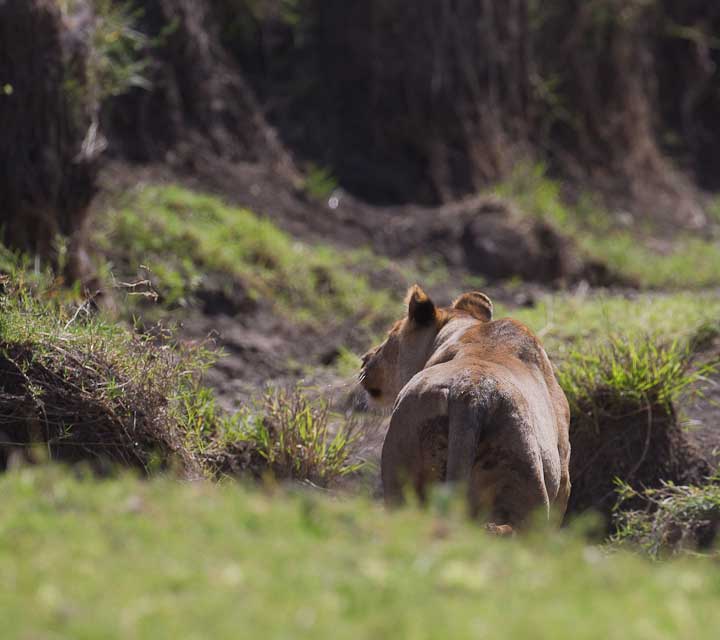 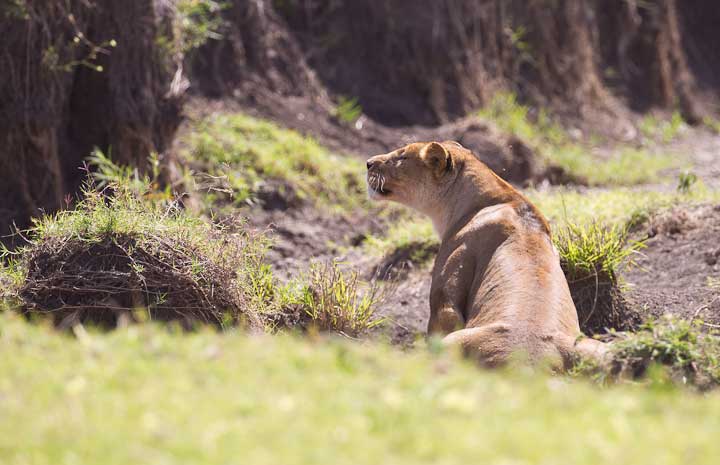 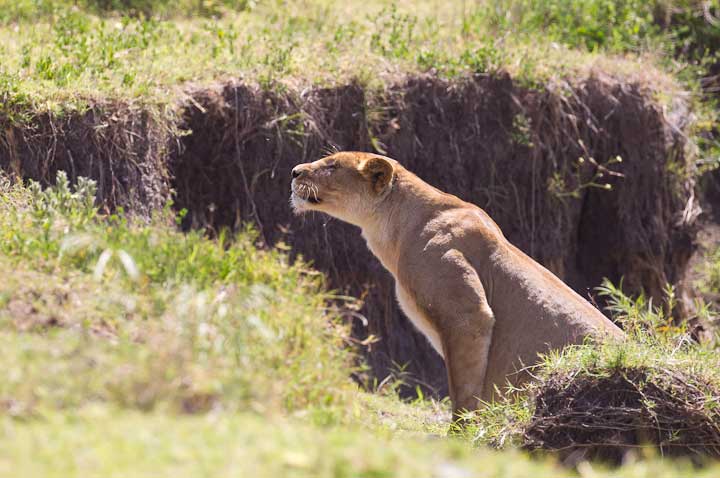 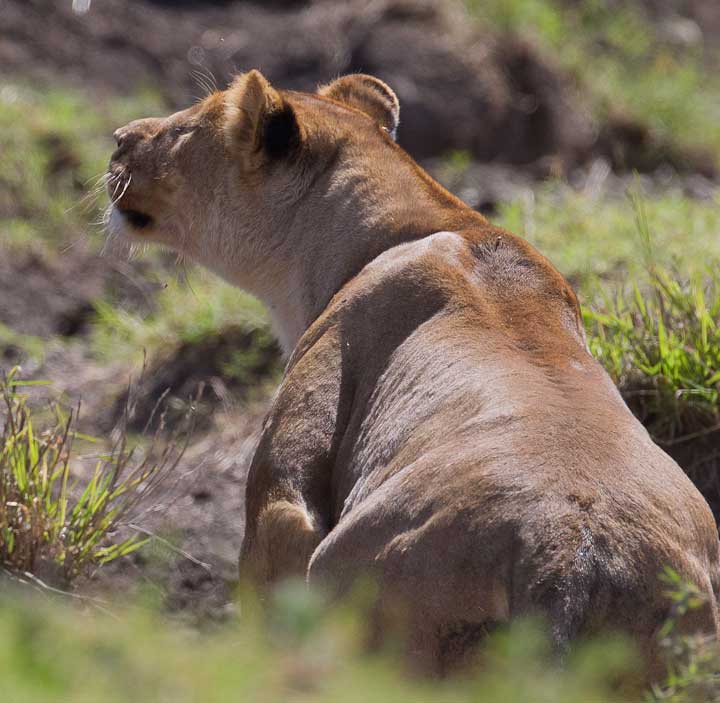 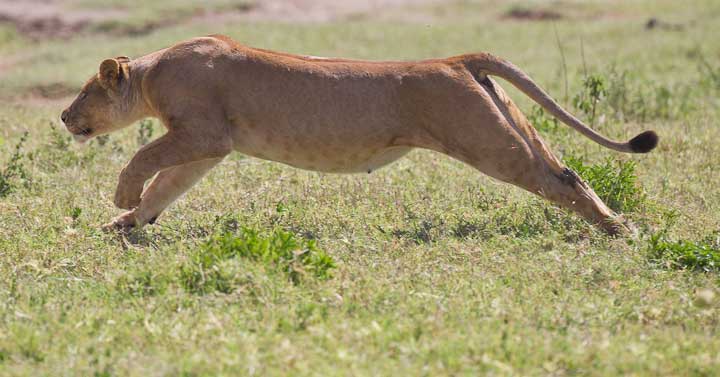 This picture is worth a second look. Notice her power and grace, and also her full tummy and large nipple
(she is actively nursing). She just ate so her motivation is not at its highest, she is just following her strong predatory instincts. 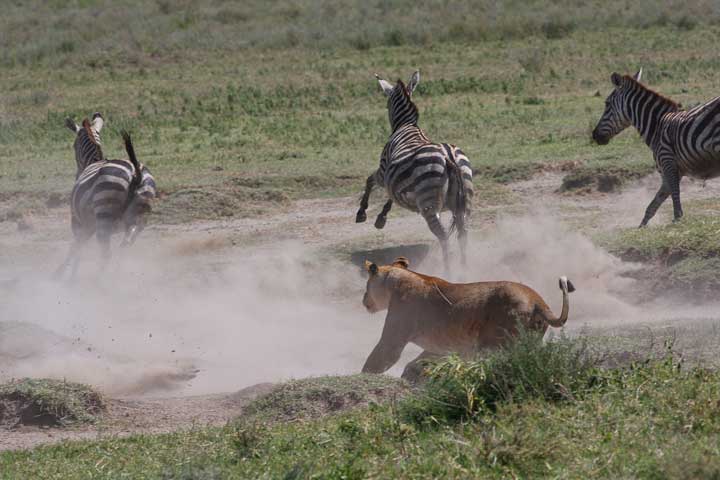 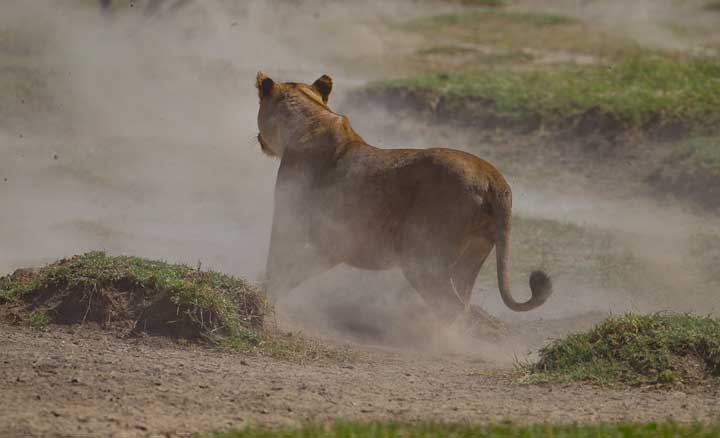 Success is inevitable. This wildebeest calf is only a few days old 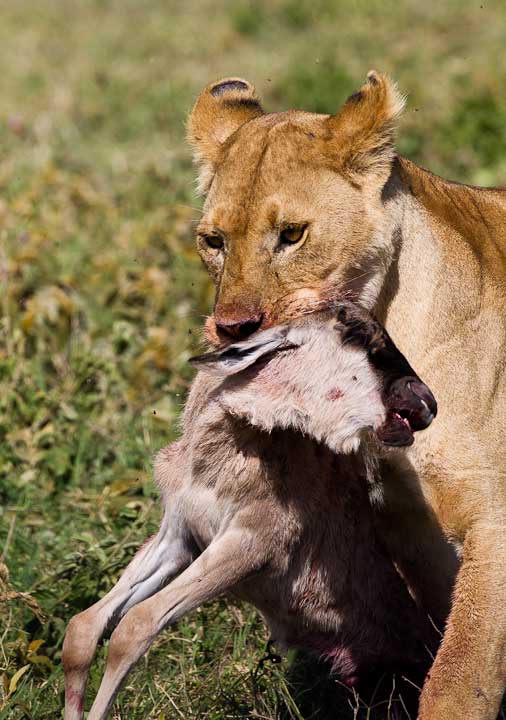 This lion caught an unusual prey- an ostrich 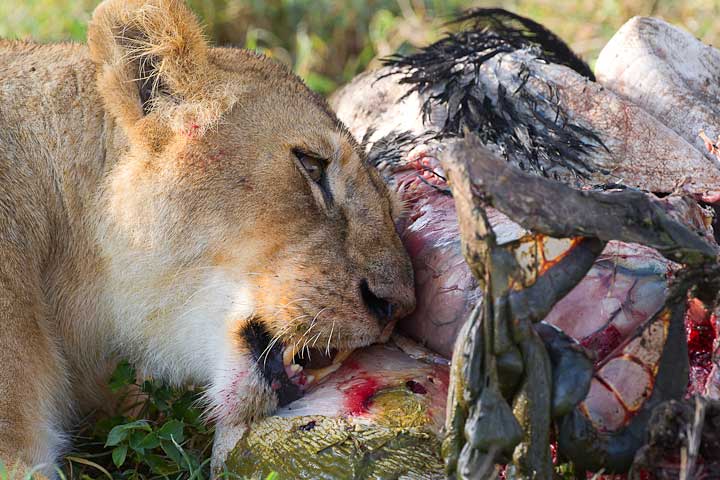 People commonly ask why wild animals do not need their teeth cleaned or get tooth problems.
They do, as evidenced by the conical erosions on the lower canine teeth and also worn lower
incisors on this lioness. 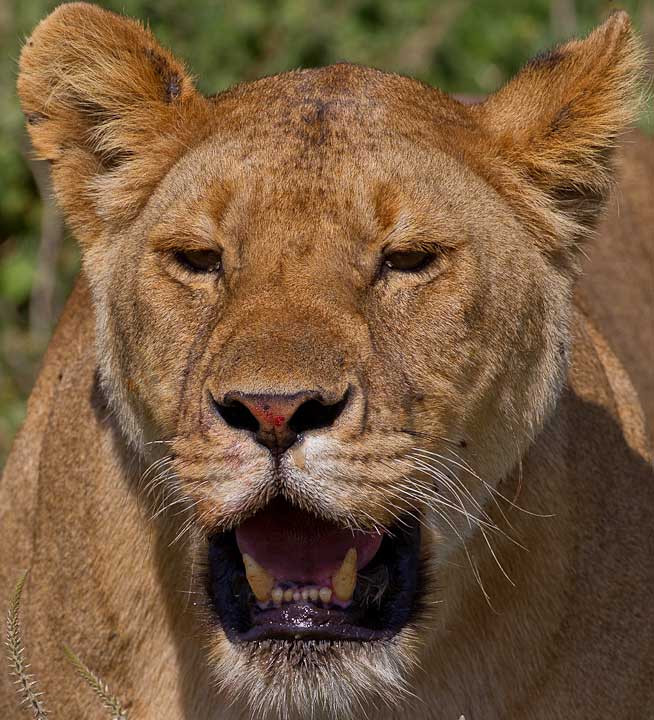 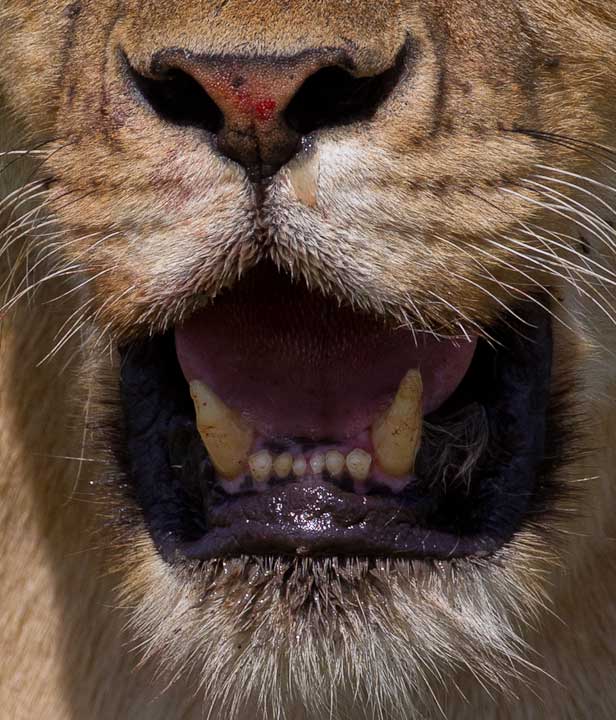 This lioness, the one eating the ostrich above, has missing lower incisors. In this case it
might be due to trauma. 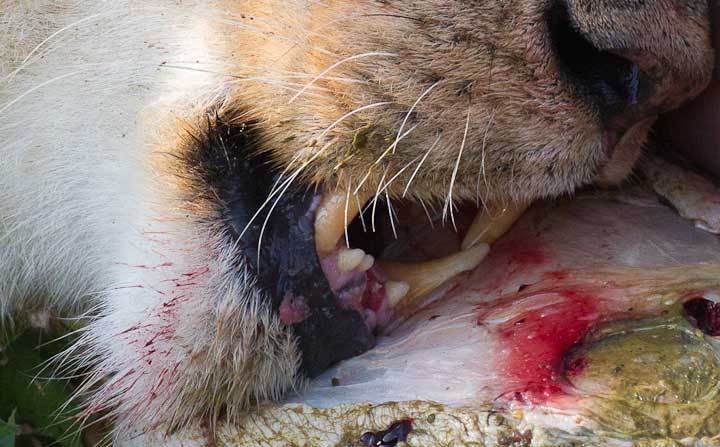 On our 2009 Tanzania trip we saw a lioness hunting and killing a wildebeest from beginning to end. Click on the picture below if you want to see the sequence, then come back here for the rest of this trip. 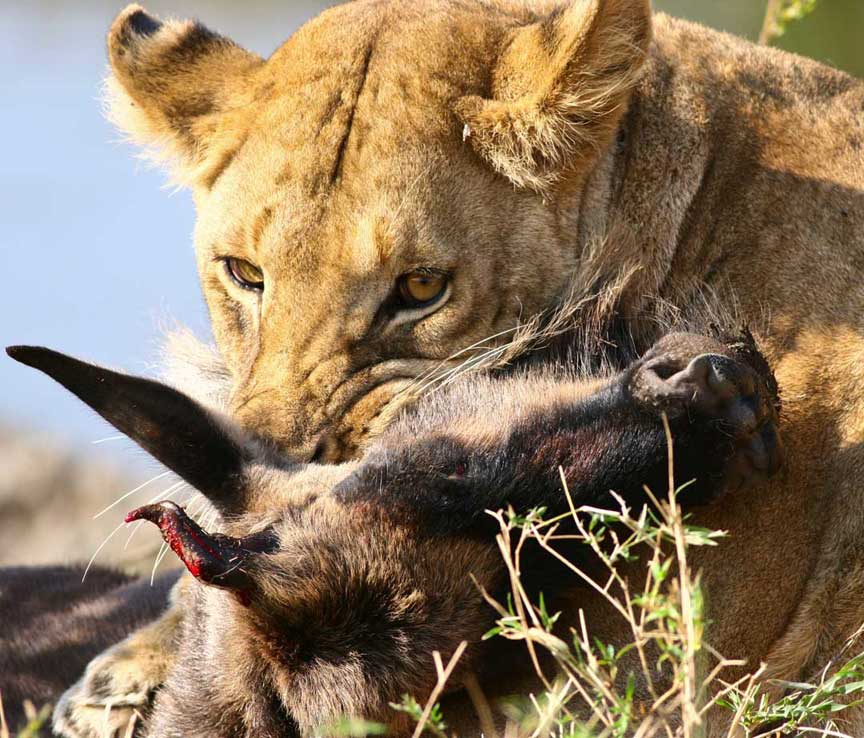