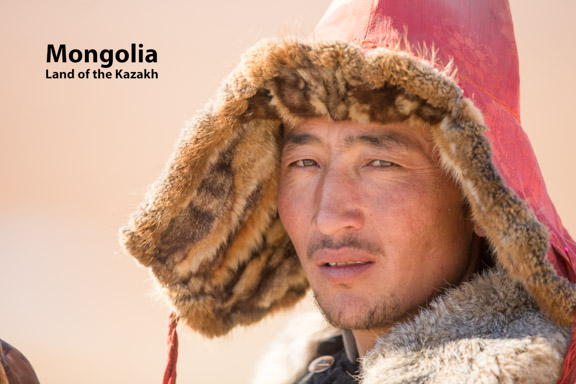 Dr. Palazzolo and Dr. Kennedy  went to Mongolia in February of 2016, when it was bitterly cold, in order to watch a master falconer use his golden eagle to hunt foxes and rabbits.

It was a preliminary trip for an indie movie we are making on the relationship between a Kazakh nomad and his golden eagle. We stayed with a nomad (and his family, including eagle) named Ardak. We had a wonderful time with Ardak and his family, and can’t wait to go back! 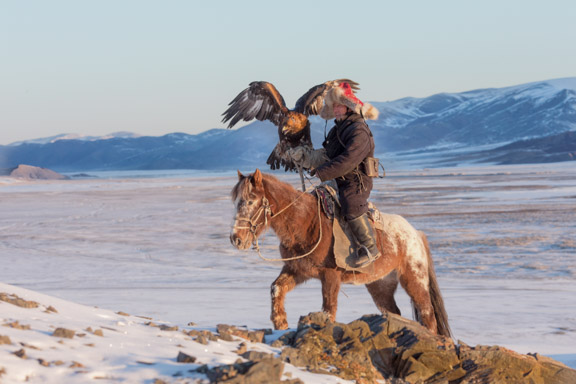 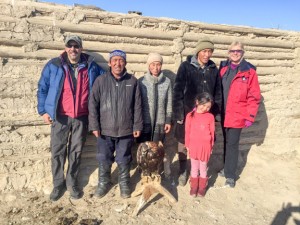 We are going back in June of 2016 to continue filming (we are bringing a DJI Phantom 4 aerial drone this time). After the June trip we are going back again for the eagle festival in October.  When we return we will start editing the documentary.

Many nomads congregate in early October at the eagle festival to reinforce their unique bond, celebrate their culture, keep this tradition going, and put on a show for visitors 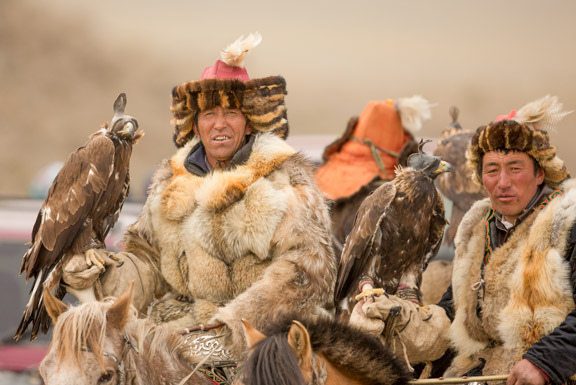 Our guy Ardak was front and center for the festival

Dr. Kennedy went there in the fall of 2015 for preliminary work and to lay the groundwork for our video work in February of 2016. She made a connection with a great travel company called Back -to -Bek Travel (http://www.backtobektravel.com) run by a Kazakh named Bek that speaks fluent English and sets up tours. A trip to Mongolia with him is highly recommended, especially for the eagle festival in October. 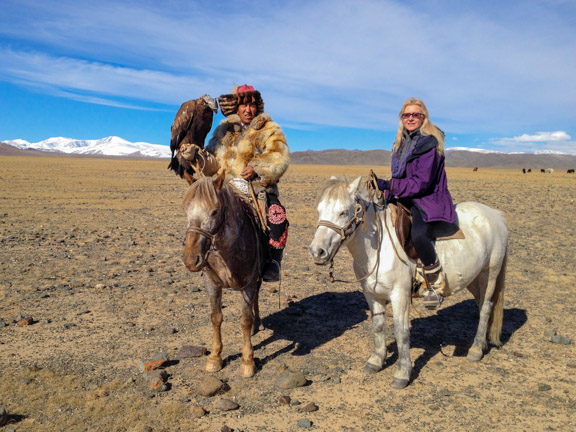 Dr. Kennedy knows how to ride a horse, so Ardak let her ride along when they took the eagle out hunting

When I first mentioned to family and friend we were going to Mongolia the response was never lukewarm. Most people asked “are you crazy”?  A small percent said “I would love to go”!

When I called my mom and told her  I was going to Mongolia, and for her to start knitting hats for the kids we would encounter, she asked “are you crazy”? 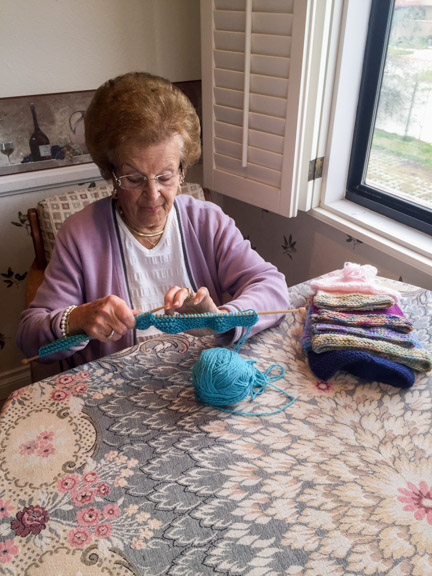 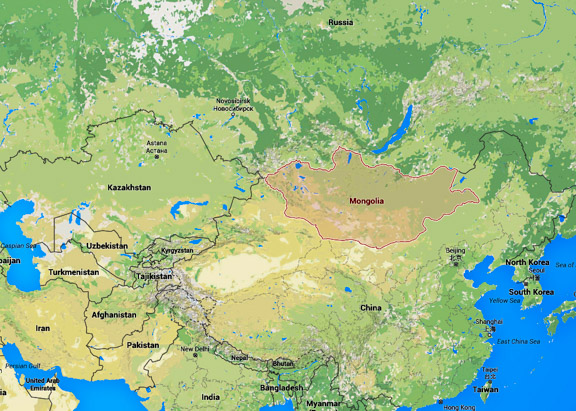 We spent most of our time in far western Mongolia, which is the land of the semi-nomadic people called Kazakhs. Their possessions are few, and usually consists of their horses and livestock (and of course, their golden eagles).

We flew from South Korea to Ulaanbatar (large red circle on right), then flew to far western Mongolia, to a town called Olgi (smaller red circle on left). After spending the night in Olgi we drove 5 hours south to Altai, marked as X on the map below. It is here we stayed with Ardak and did our filming.

Bek will do anything to make your trip a success. In this short video he mentions this in regard to getting the footage we wanted for our documentary. It was taken during a birthday celebration for Dr. Kennedy as we were toasting to her health with vodka.

This fascinating trip is broken down into 4 areas. Click on the links below to learn much more, and decide if you want to visit some day. 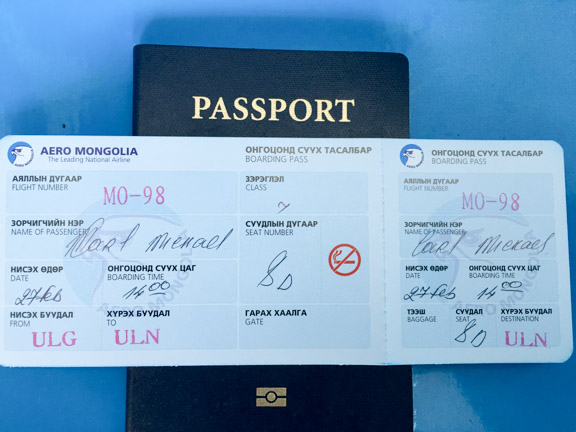 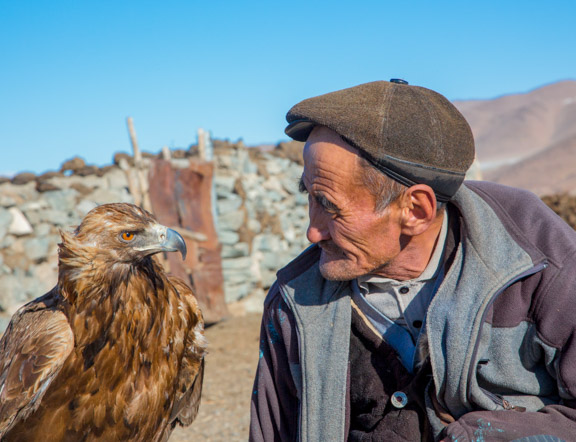 The golden eagle in action 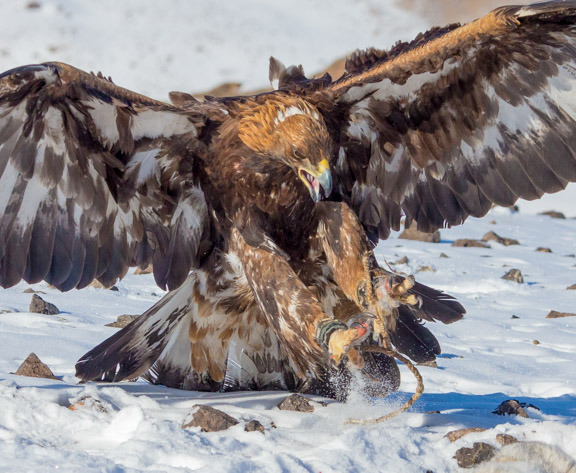 Filming a documentary under extreme conditions 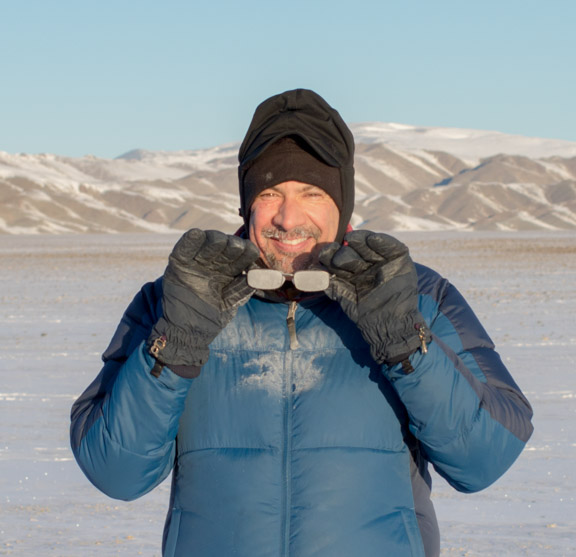