There is a quaint museum on New Island restored by Ian Strange, with the help of his daughter Georgina and other local people. It is a short walk from the settlement in New Island, and explains some of the history of the area in regards to whaling and conservation. It is well worth a visit next time you just happen to pass New Island while doing your daily errands! 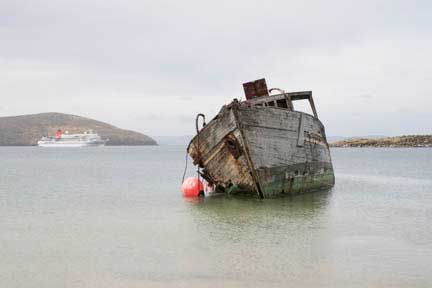 It is easy to find because a shipwreck is in the water near the museum. Notice the small cruise boat in the distance? Tourists from this boat coming to the island for a short visit are the main source of income. They are not allowed to stay on the island. 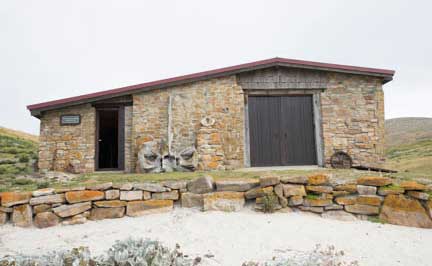 There is a plaque outside dedicating the museum to a sailor 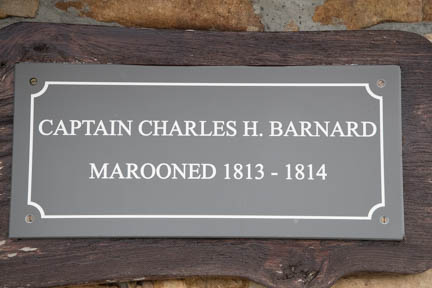 The museum is named after a captain and three other sailors that were marooned on New Island in 1812 by a mutiny from some castaways they rescued. Captain Barnhard was rescued in 1814, and his adventure is chronicled in A Narrative of the Sufferings and Adventures of Capt. Charles Barnhard. 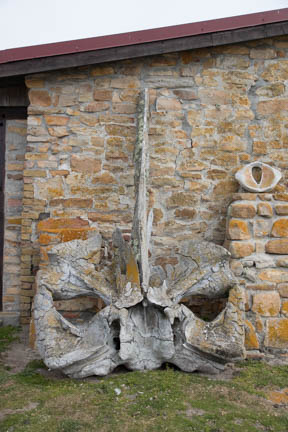 The museum contains many artifacts on whaling collected by Ian Strange. Some of them were found at New Island, others throughout the Falkland Islands. 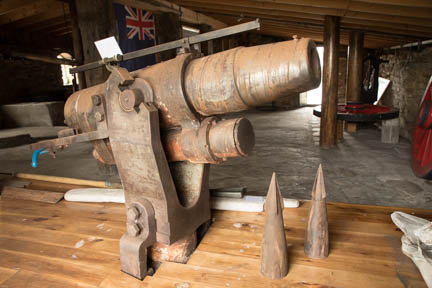 A canon used to shoot a harpoon at the whale 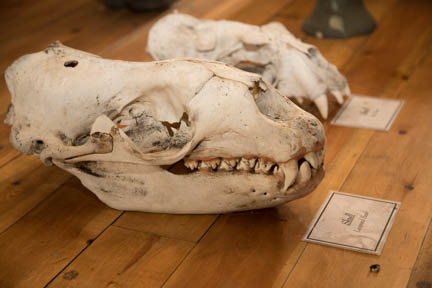 The skull of a Leopard Seal shot in the head 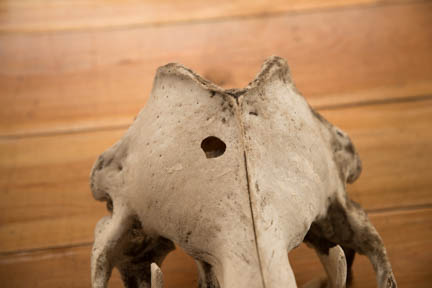 Various other artifacts are in the museum that give you a feel of how people lived and worked in the Falkland Islands during this era. 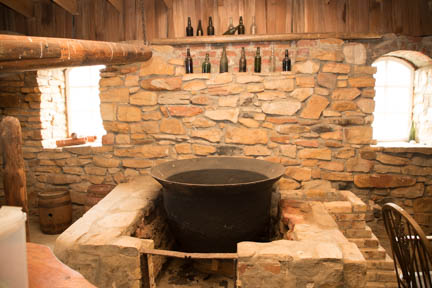 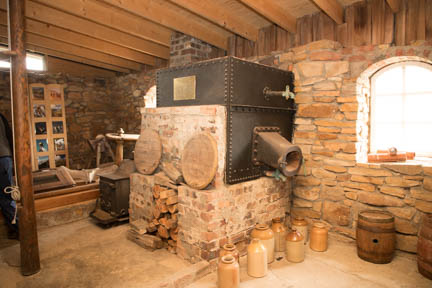 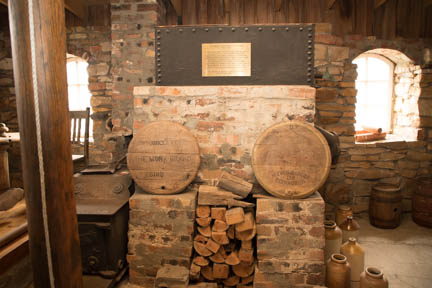 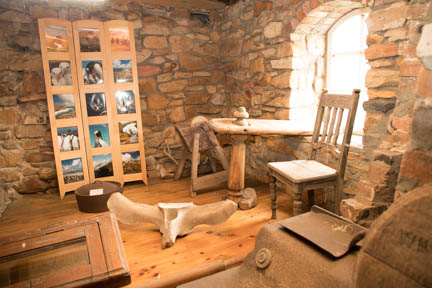 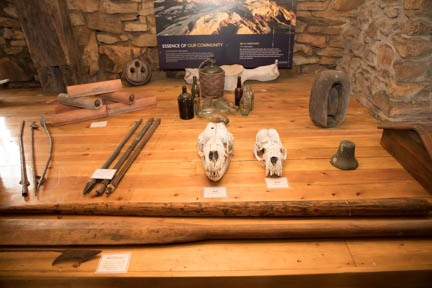 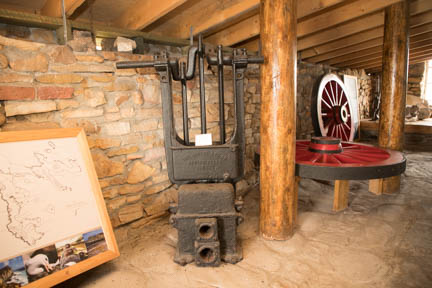 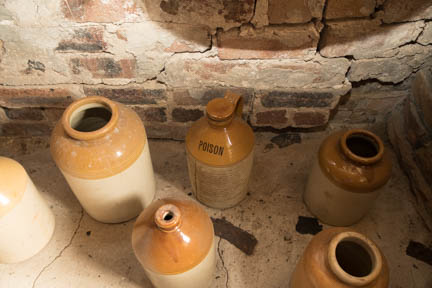 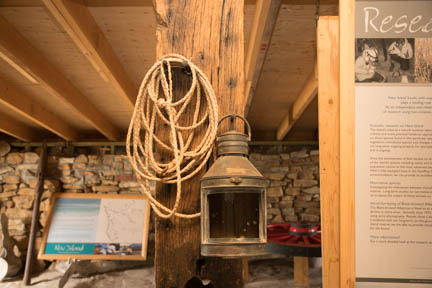 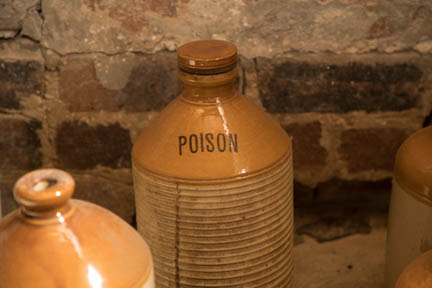 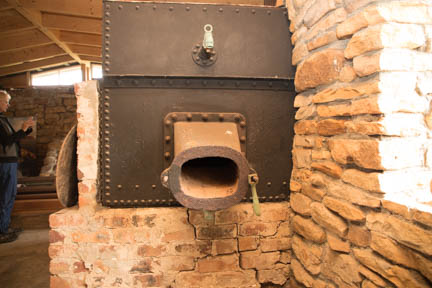 Ian Strange was way ahead of his time in setting up New Island as a conservation area. He purchased a large amount of land, had the sheep removed, and in 1996 gave this land to the New Island Conservation Trust so they could manage it as a conservation area. It has been a huge success and has transformed the ecosystem in favor of the wildlife. There has been ongoing research on the birds and marine mammals ever since. There are posters throughout the museum that go over this in more detail. 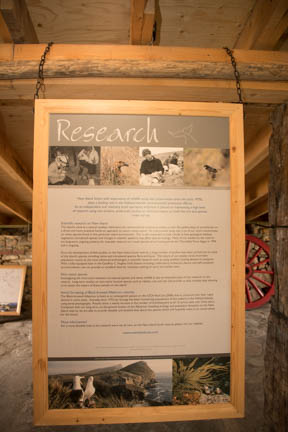 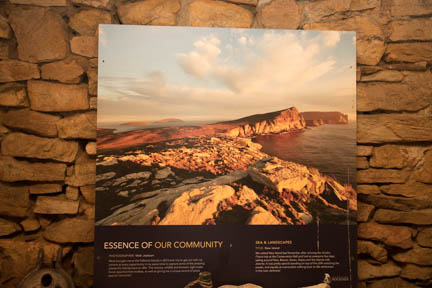 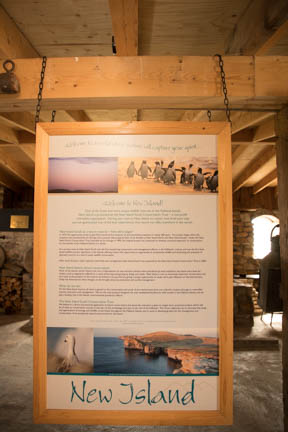 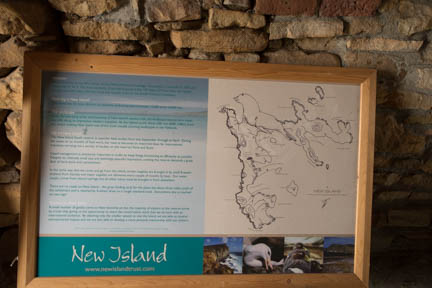