Home•Tom (the king)
Previous Next

Tom is the orangutan that displaced Kusasi, the reigning king for many years. Kusasi has quite a story about how he overcame adversity and had the personality needed to be the dominant male. Rumor has it that Doyak is displacing Tom, which is the natural course of mature orangutan males.

We did not expect to encounter Tom the way we did. We had seen other dominant males, notably Yani and Doyak, as we spent time at the feeding platforms and they appeared for a snack. Tom appeared when I was on my second klotok ride and looking at the building I stayed at on my first visit to Borneo 21 years ago. As we were leaving to go back to our klotok a determined Tom appeared and headed right for us.

Our alert guide warned us to move rapidly away because we are in his territory and he considers strangers like us a threat. One look at Tom’s arms and shoulders and I decided our guide was giving good advice. After seeing just how strong those baby orangutans were at the Care and Rehabilitation Center it didn’t take much to realize none of us were a match for him. Couldn’t resist taking photos of him though as I rapidly walked backwards and stayed out of Tom’s way.

Our timing was perfect because he appeared just as we were leaving. I did not notice him because I was looking the wrong direction, and turned around to quickly take this photo as our guide warned us of Tom’s presence and told us to get moving. 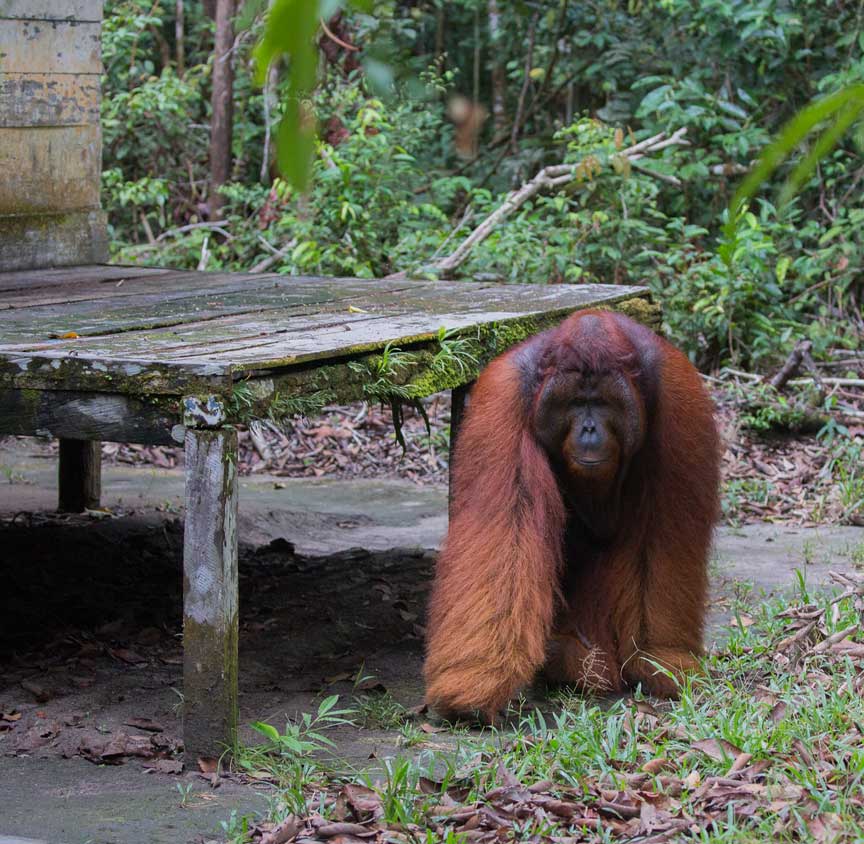 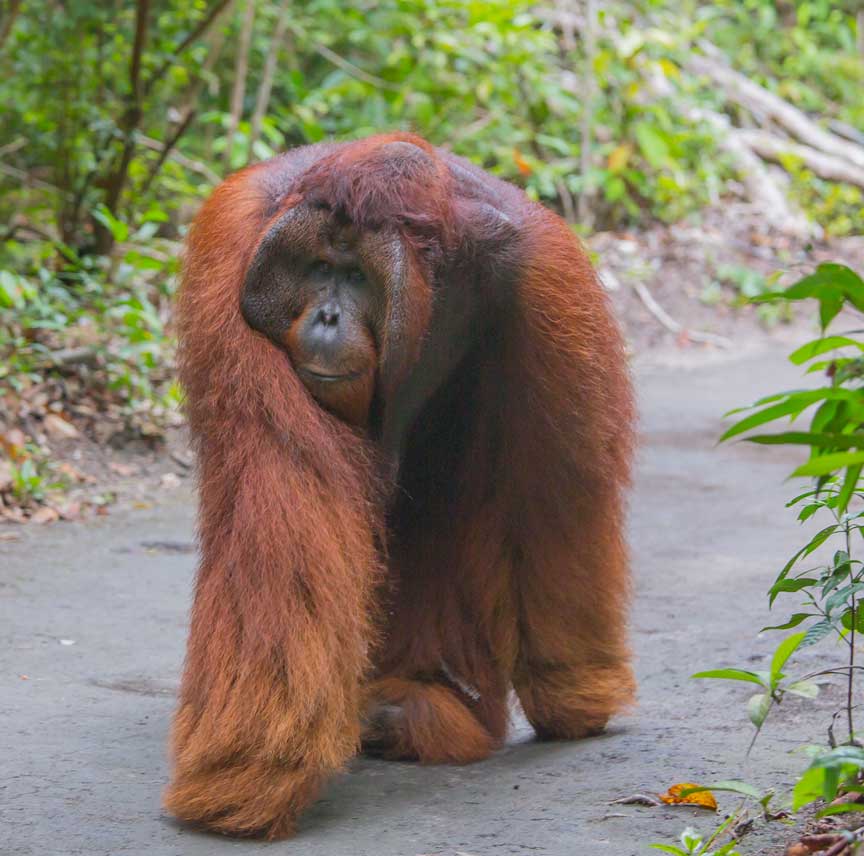 His arms are huge! 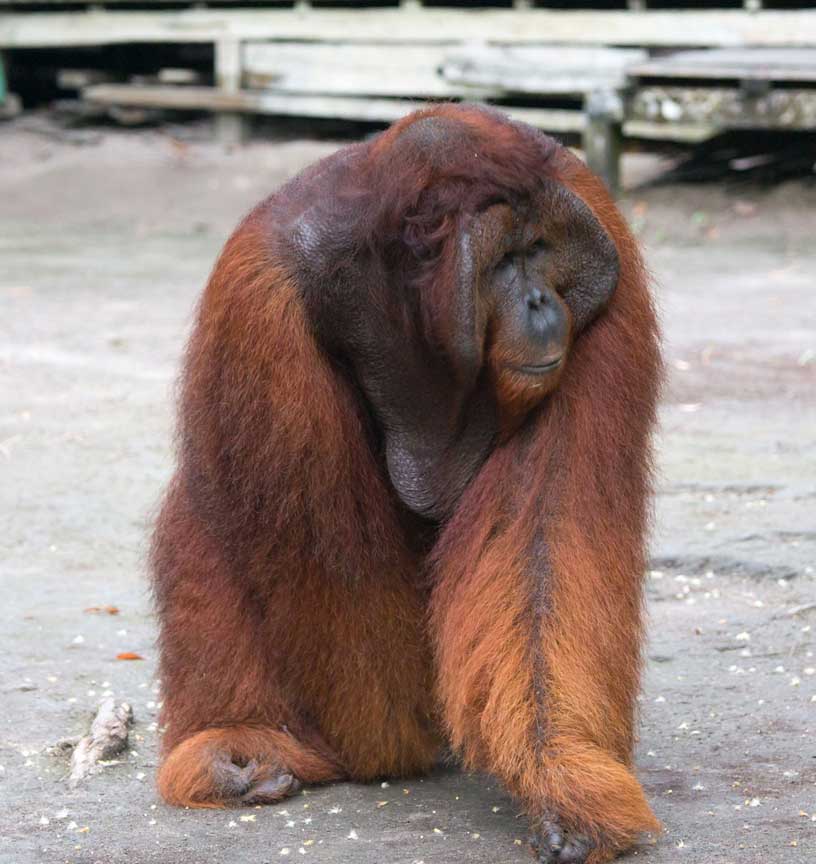 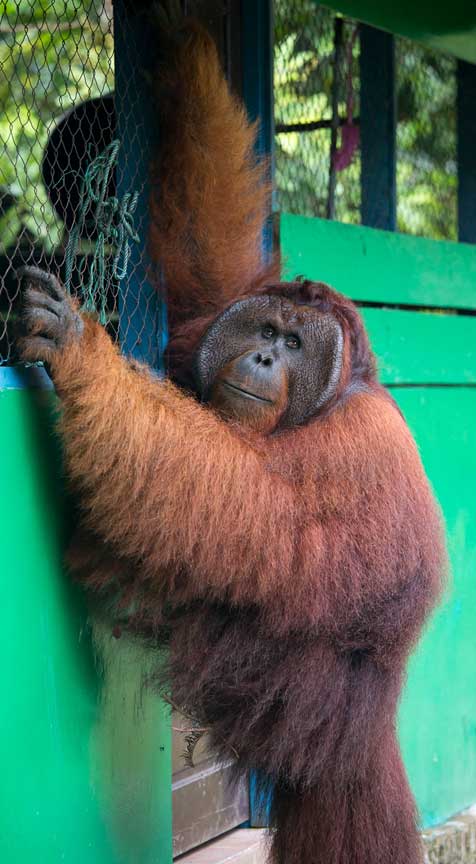 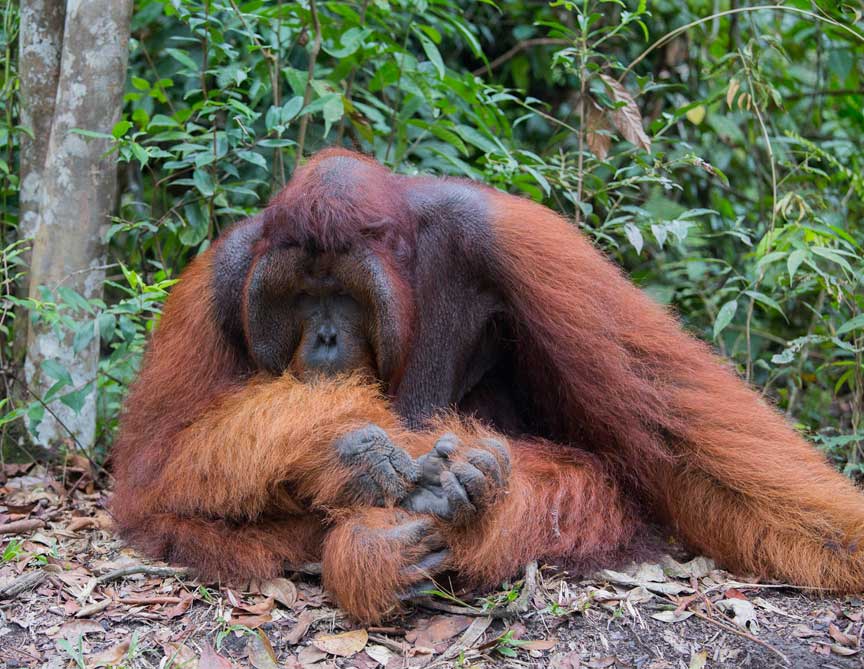 This movie shows Tom walking towards us. Focus is not good because I was concentrating more on my footing, but you will get the idea.