Cormorants of the Falkland Islands

These birds go by several names: Imperial Shag, Imperial Cormorant, King Cormorants, Blue-eyed shag, Blue-eyed Cormorant. They are graceful fliers, but ungainly on land due to the position of their legs. 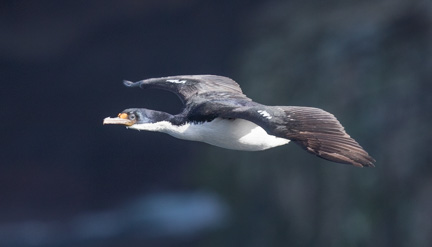 It’s a different story when they come in for a landing. As they get near the colony they put on the brakes, flop their wings, and drop unceremoniously in the middle of the flock, sometimes knocking other birds over. Its quite entertaining as you will see from the following photos. 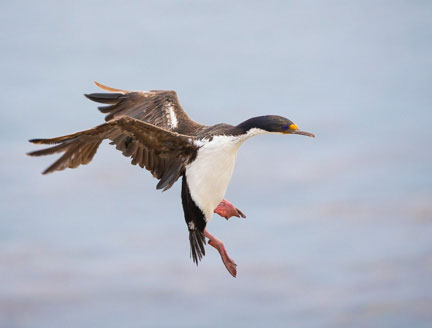 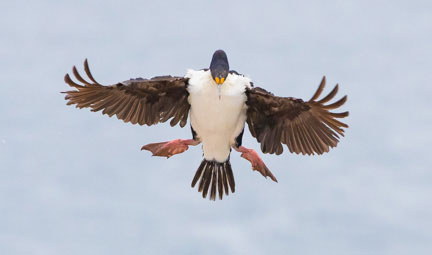 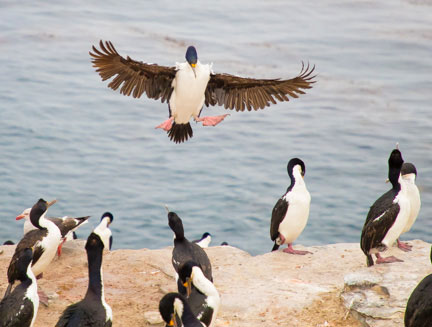 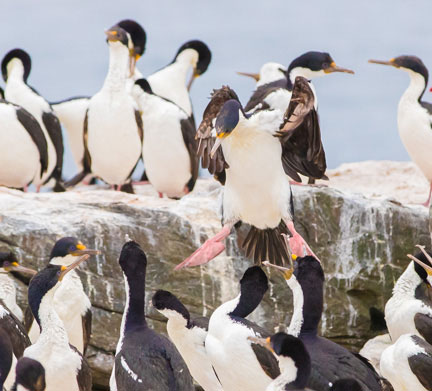 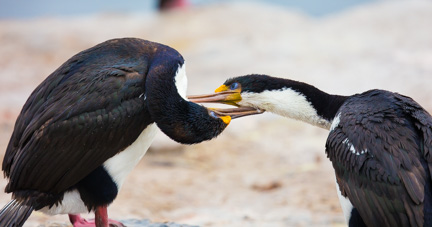 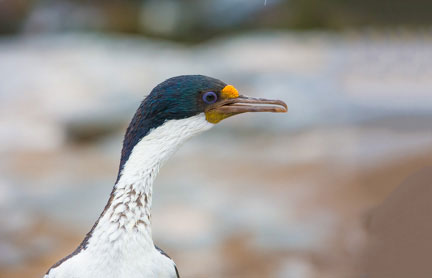 This is your chance to get close for some shots 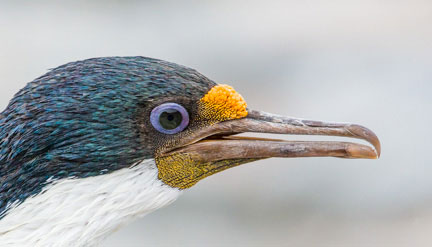 Do you see why they are sometimes called Blue-eyed shags? 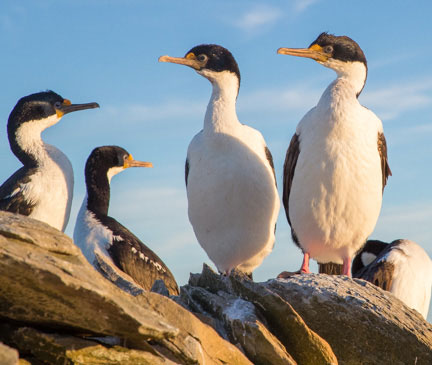 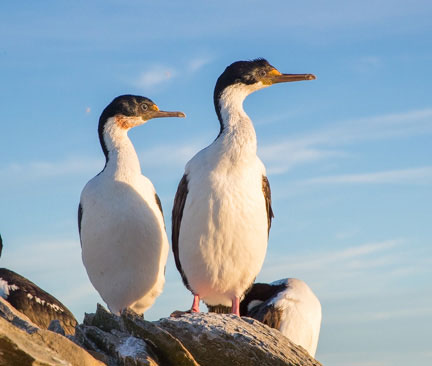 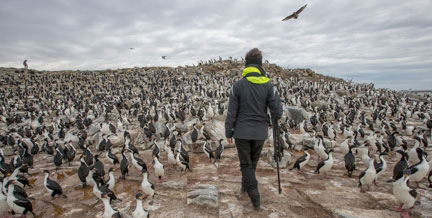 Georgina and Dr. P decided to get a different angle by walking into the middle of the colony. If you go slowly you do not disturb them. The following 3 photos show the view from this new vantage point. 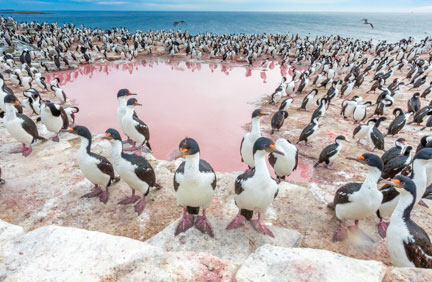 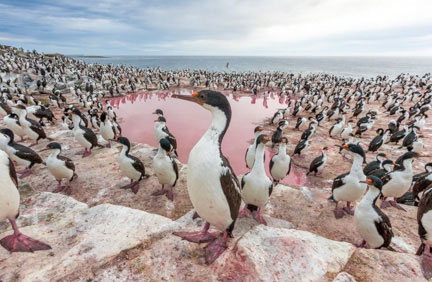 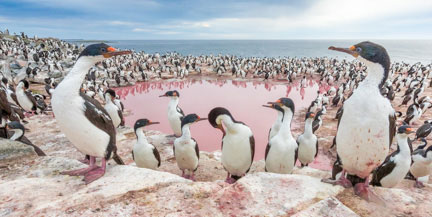